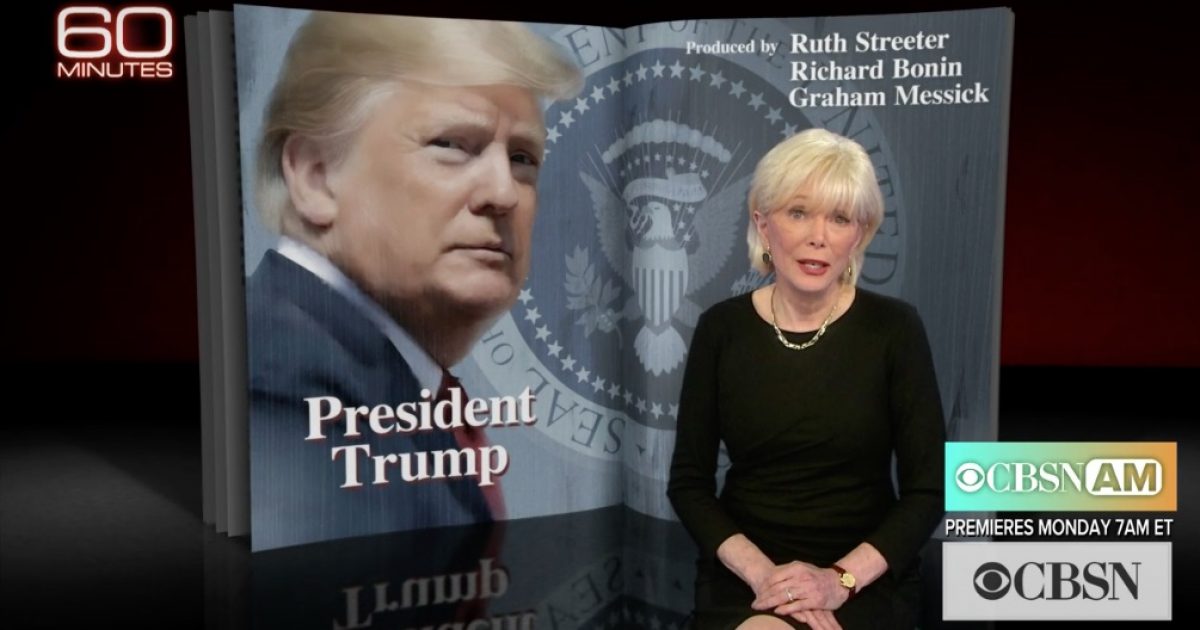 Stahl pressed President Trump on a wide range of issues and the president aggressively defended himself and his policies.

On the topic of the Robert Mueller investigation, Stahl tried to get President Trump to make a pledge not to fire the special counsel and end the investigation.

News veteran Stahl tried to pin Trump down with a pledge not to fire Special Counsel Robert Mueller, who is in the second year of an investigation into alleged collusion between Trump’s 2016 presidential campaign and Russia.

“I don’t pledge anything,” Trump said. “But I will tell you, I have no intention of doing that. I think it’s a very unfair investigation because there was no collusion of any kind.”

“I don’t want to pledge,” he added. “Why should I pledge to you? If I pledge, I’ll pledge. I don’t have to pledge to you. But I have … I have no intention of doing that.”

"Man, he didn't want to answer that," Lesley Stahl says of President Trump's response to her question about pledging not to fire Robert Mueller. "But you know something? He enjoyed the sparring." For more from the president's 60 Minutes interview, visit https://t.co/njJWGDYJSu pic.twitter.com/YMWKsY4Js4

President Trump also commented on the dishonesty in the Washington D.C. political environment.

“I don’t trust everybody in the White House, I’ll be honest with you,” Trump said, revealing that he is “usually guarded” during meetings.

“I always used to say the toughest people are Manhattan real estate guys and blah, blah. Now I say they’re babies,” the president said, adding: “This is the most deceptive, vicious world. It is vicious, it’s full of lies, deceit and deception. You make a deal with somebody and it’s like making a deal with that table.”