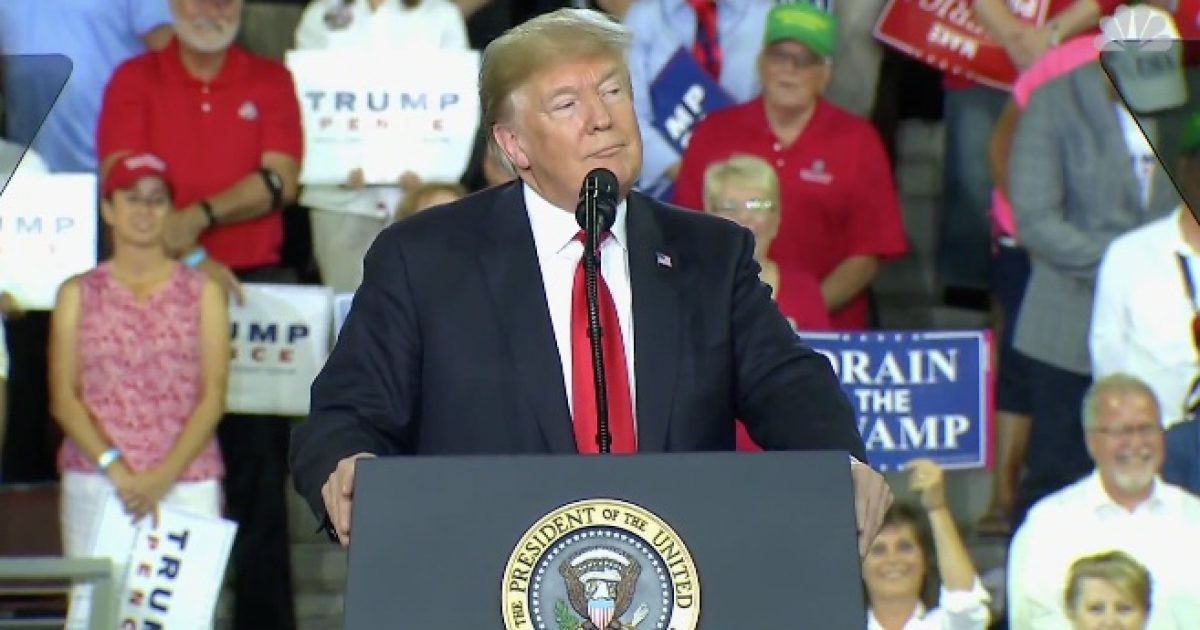 During a rally speech in Pennsylvania, President Trump said Hillary Clinton colluded with Russia during the 2016 presidential election.

President Donald Trump directly accused Hillary Clinton of engaging in a conspiracy with Russia to affect the 2016 election during a campaign rally here Wednesday night.

“There was collusion between Hillary, the Democrats and Russia,” Trump said, just after his supporters had chanted “lock her up” about Clinton. “There was a lot of collusion with them and Russia and lots of other people.”

President Trump’s rally site was selected to boost Republicans running for office in the state.

It appears the basis of President Trump’s claim about Clinton is based on the fact the Clinton campaign and the DNC paid for the unsubstantiated dossier about then-candidate Donald Trump’s ties to Russia which was prepared by former British spy Christopher Steele.

Steele used his research to generate news about ties between Trump and Russia before the presidential election and the FBI also used the dossier with the FISA court to get permission to surveil the activities of former Trump campaign adviser Carter Page.

The Yahoo reporter, Michael Isikoff, has since acknowledged that he spoke to Steele for the article. Steele has also acknowledged, in a court filing in London regarding a defamation suit stemming from the BuzzFeed publication of the dossier, that he briefed reporters from The Washington Post, the New York Times, Yahoo News, the New Yorker and CNN.

The Clinton funded Steele dossier is the foundation of the Trump-Russia collusion narrative.