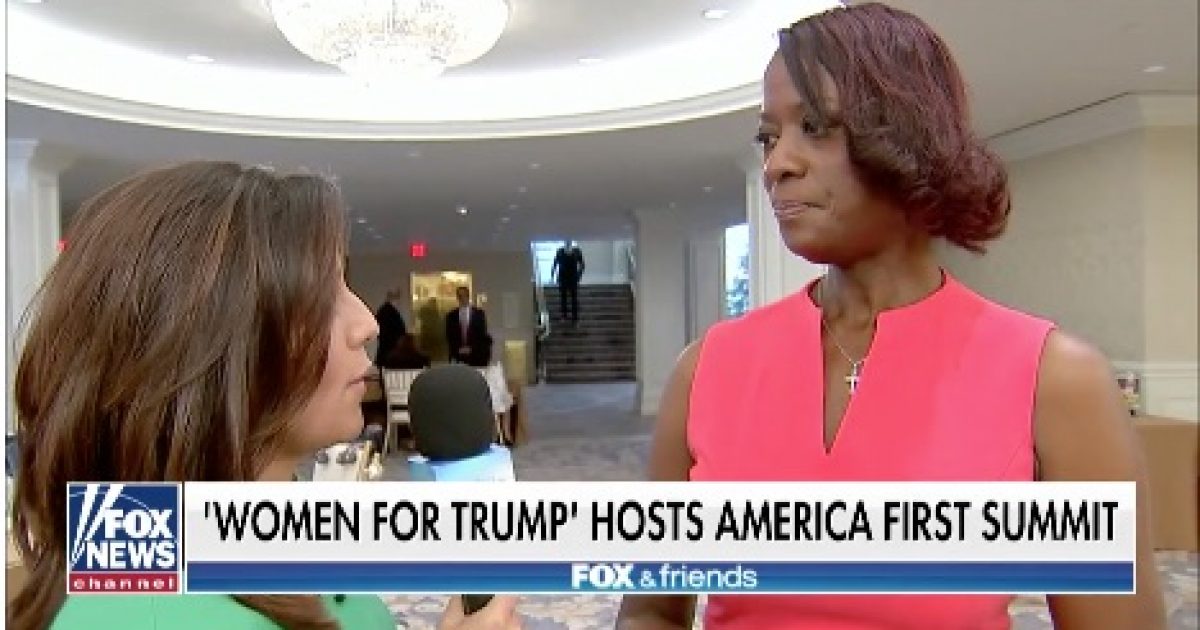 CRTV host and Fox News contributor Deneen Borelli was interviewed on Fox News’ “Fox & Friends,” with co-host Rachel Campos-Duffy on her reaction to the confirmation of Judge Brett Kavanaugh.

Deneen was a speaker at the Women for America First Summit at the Trump International Hotel in Washington, D.C.

During her speech, Deneen emphasized the positive impact of President Trump’s policies, such as cuts in taxes and regulations, and how these initiatives by the president boosted the economy for all Americans including women.

In addition to Fox News, The Epoch Times covered the event.

Dozens of conservative women leaders and activists from various states have come together at the Women for America First summit, which is taking place between Oct. 4 and 7 at the Trump International Hotel in Washington.

“Conservative women are not going to sit back and let the left and the media define what women stand for in 2018,” said Amy Kremer, chair of Women for Trump and host of the summit, in a press release.