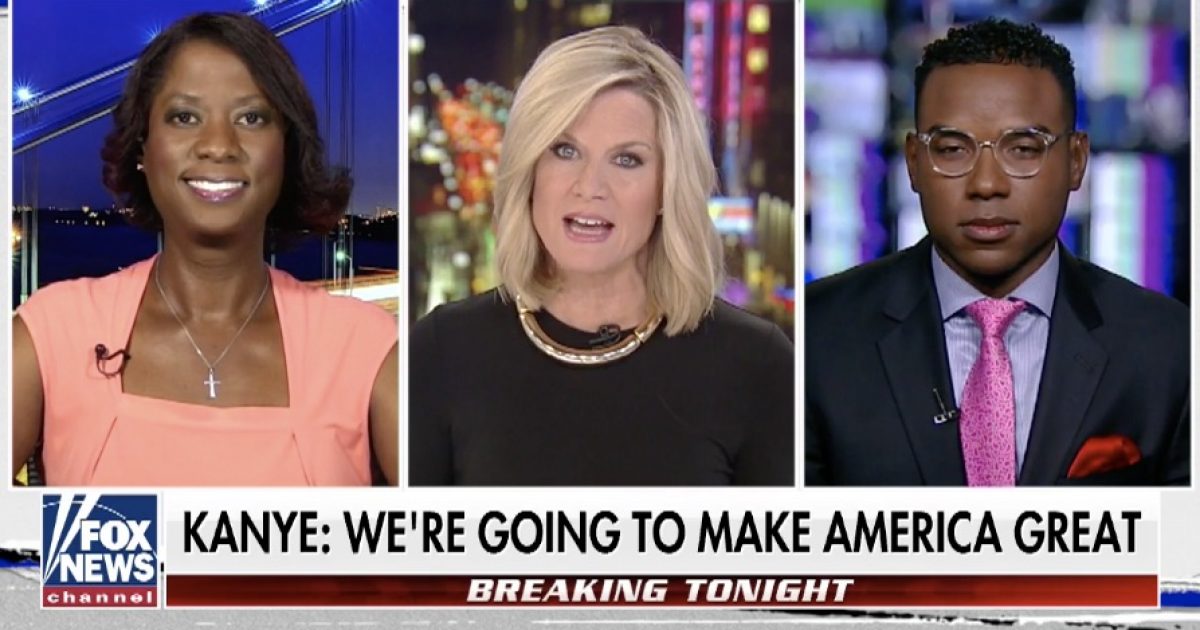 During the Fox News segment, I debated the White House meeting with “The Story” host Martha MacCallum and Fox News contributor Richard Fowler.

Kanye is disrupting the monopoly Democrats have over black voters by urging black Americans to think independently.

Critics are slamming Kanye for his comments during the Oval Office meeting at the White House.

#KanyeWest has set us back 155 years. Wish #SojournerTruth could have met him outside the White House and #FrederickDouglas inside the Oval Office.@BarackObama never would have become President with this crap.

But, let’s meet #Kayne on #ElectionDay by voting for Democrats. https://t.co/nmapsl7pK3