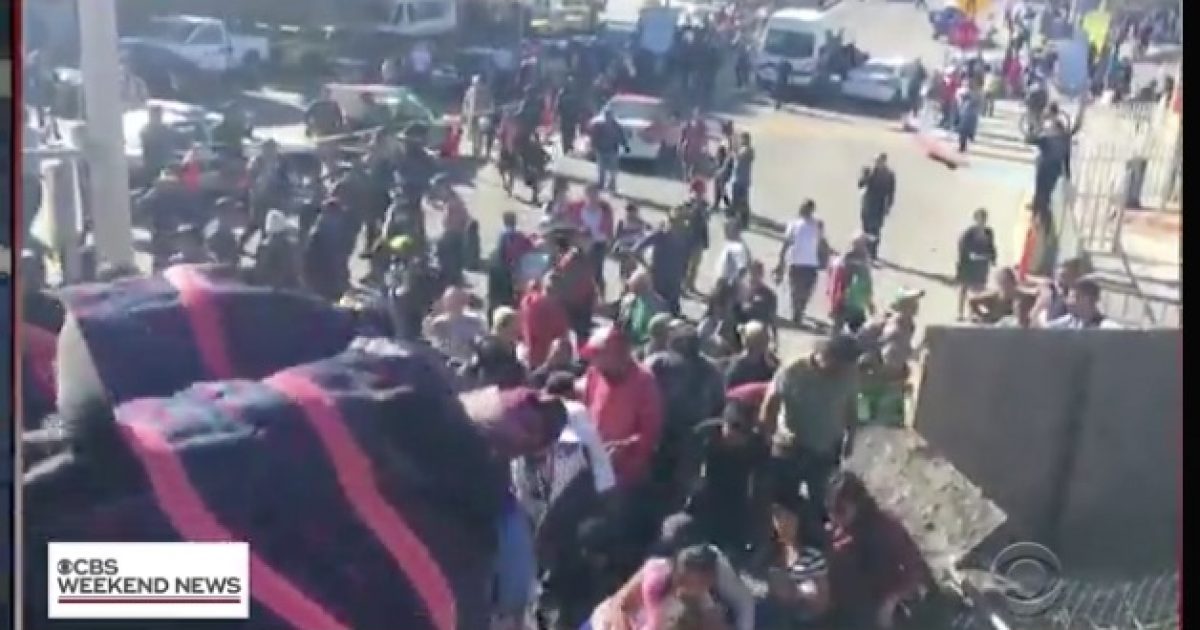 U.S. Customs and Border Protection officers temporarily closed the border between Mexico and San Diego after migrants tried to forcibly enter the U.S. illegally. Tear gas was also used to deter a protest.

U.S. border agents fired tear gas on hundreds of migrants protesting near the border with Mexico on Sunday after some of them attempted to get through the fencing and wire separating the two countries, and American authorities temporarily shut down border crossings from the city where thousands are waiting to apply for asylum.

BBC News correspondent Will Grant reported on CBSN that some protesters crossed a footbridge over a canal in Tijuana and ran toward the border. More than 5,000 migrants have been camped in and around a sports complex in the city after making their way through Mexico in recent weeks via caravan.

President Trump urged Mexico to send the migrants back to their countries.

Mexico should move the flag waving Migrants, many of whom are stone cold criminals, back to their countries. Do it by plane, do it by bus, do it anyway you want, but they are NOT coming into the U.S.A. We will close the Border permanently if need be. Congress, fund the WALL!

Would be very SMART if Mexico would stop the Caravans long before they get to our Southern Border, or if originating countries would not let them form (it is a way they get certain people out of their country and dump in U.S. No longer). Dems created this problem. No crossings!

Border agents must protect our border from illegal entry into the U.S.