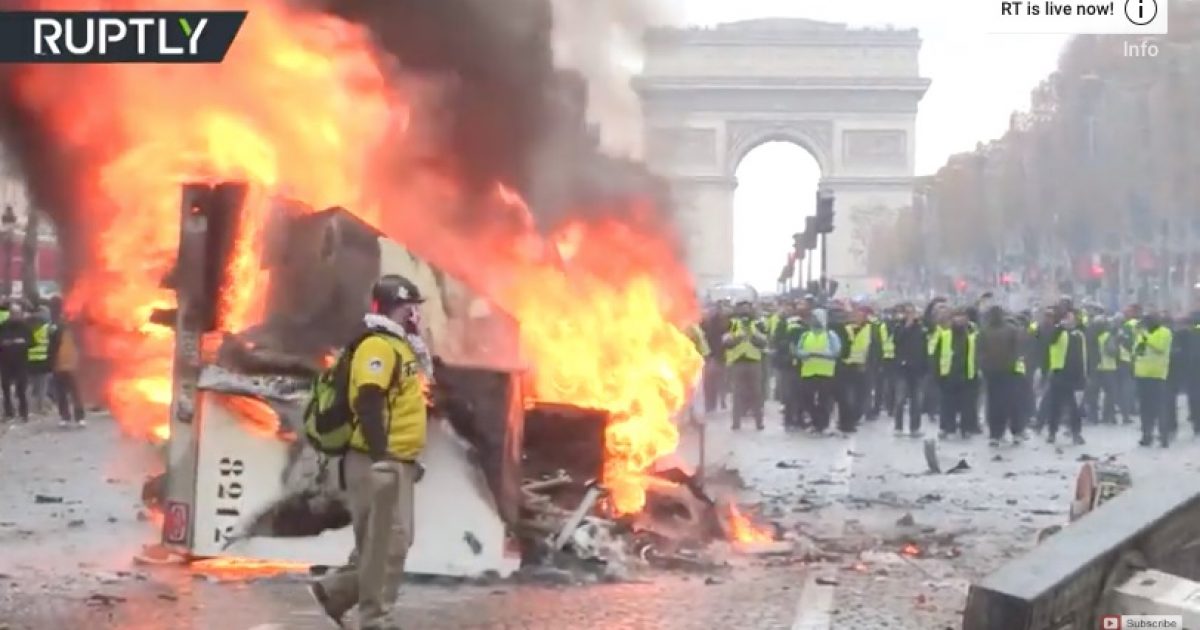 French President Emmanuel Macron is facing protests over a tax on energy to crack down on the use of fossil fuels.

The protesters are urging Macron to resign from office.

French protest movements come and go, but this one, organized on the internet, is different. Welling up rapidly from rural and forgotten France, this broad-based, citizen-driven movement is among the most serious challenges yet to President Emmanuel Macron’s pro-business government, say analysts, political opponents and even many of Mr. Macron’s supporters.

On Saturday, thousands of Yellow Jackets, wearing the fluorescent road-safety vests that all French drivers must carry in their vehicles, converged on Paris for a second weekend to protest a rise in fuel taxes and to express general discontent with the fiscal burden in one of the most highly taxed states in Europe, where taxes represent over 45 percent of G.D.P.

Macron defended the energy tax in an interview.

Speaking to national radio station Europe 1, Emmanuel Macron said the rise stood “in line with what the previous majority voted and wanted. In other words: to tax fossil fuels more [and] whatever produces emissions. This is how we will reinvest in renewable energies.”

He added: “I would rather tax fuel than tax work. Those who grumble over fuel price hikes also demand that we fight against air pollution because their children suffer from illnesses.”

Rising by 6.5 cents a litre, the diesel tax change is part of a wider package of financial measures set to come into force on 1 January 2019. Its aim is to combat air pollution by ending incentives to burn dirty diesel.

But the pill is hard to swallow for the country’s poorer car-dependent households, who are already grappling with a fuel price rise resulting from global market fluctuations. At the time of writing a barrel of Brent crude oil costs $72, up from $60 a year ago.

RT distributed video of the protest on Twitter and covered the protests in a news story.

The forgotten men and women of France are frustrated over Macron’s policies that harm their livelihood.

The wealthy can afford to pay higher energy costs but those not well off financially are harmed the most by rising energy prices.