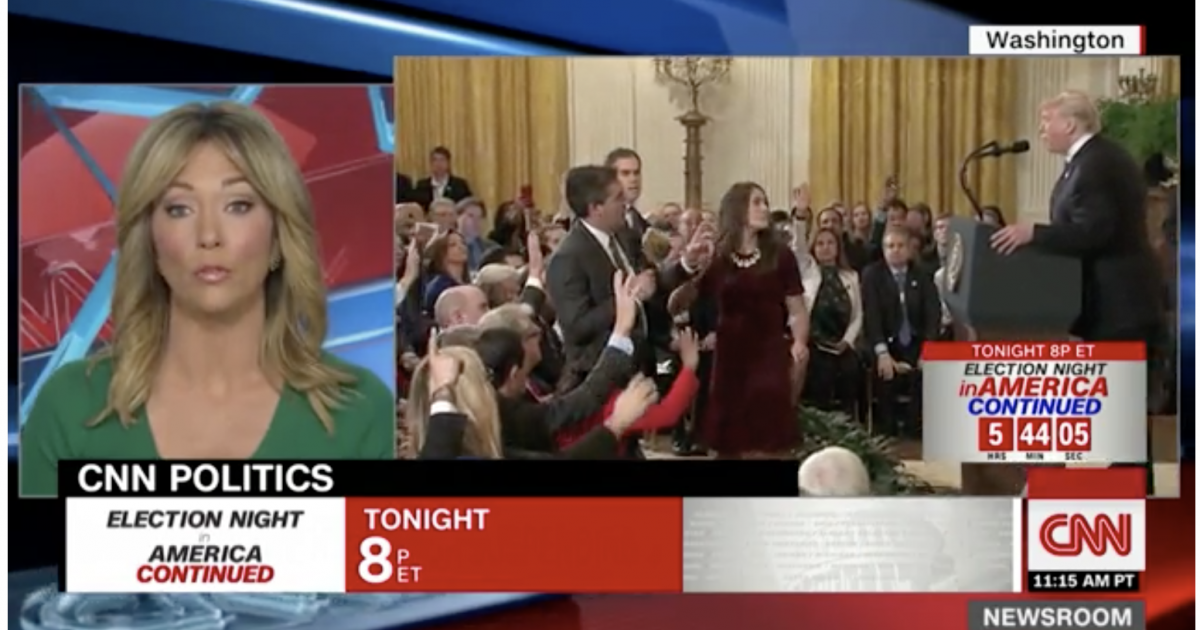 CNN filed a lawsuit against the White House over denying reporter Jim Acosta access to the press briefings.

The CNN lawsuit is based on a violation of the First and Fifth Amendments.

The networks’ suit, filed by a team that includes former George W. Bush solicitor general Ted Olson, demands the immediate return of Acosta’s credentials. The White House fired back at CNN, one of the president’s favorite targets, for ‘grandstanding.’

Acosta lost access to the building last Wednesday night, hours after refusing to give up a microphone when the president said he had answered enough of his questions.

CNN also reported on its lawsuit.

The lawsuit is a response to the White House’s suspension of Acosta’s press pass, known as a Secret Service “hard pass,” last week. The suit alleges that Acosta and CNN’s First and Fifth Amendment rights are being violated by the ban.

The suit was filed in U.S. District Court in Washington, D.C. on Tuesday morning. It was docketed and assigned to Judge Timothy J. Kelly, a Trump appointee. CNN is seeking a preliminary hearing as soon as possible.

We stand by our decision to revoke this individual’s hard pass. We will not tolerate the inappropriate behavior clearly documented in this video. pic.twitter.com/T8X1Ng912y

CNN’s lawsuit is another example of its anti-Trump agenda. Acosta’s behavior was completely out of line and he doesn’t deserve to be in the White House press briefings.