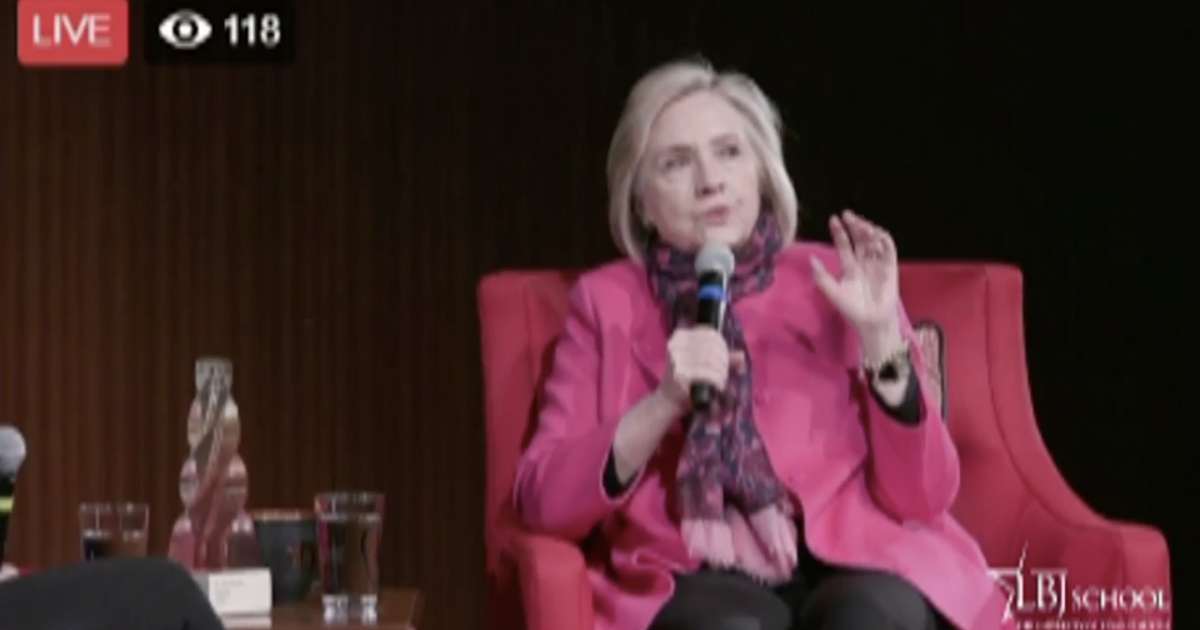 Democrats are politicizing the Georgia governors race claiming the election is unfair and in the process of being stolen.

Clinton made the remarks at the University of Texas where she received the first In the Arena Award from the LBJ School of Public Affairs.

Despite trailing in the vote count, Abrams refuses to concede the election to former Georgia Republican Secretary of State Brian Kemp.

Of Stacey Abrams, an LBJ School alumna and the Democratic candidate for governor of Georgia, Clinton said, “If she had a fair election, she already would have won.” The race remains unsettled.

Clinton also decried the decline of news and the American attention span in the age of clicks, and the rise of intentionally misleading information and “deliberate falsehoods that started on the first day of (the Trump) administration.”

The claim of an unfair election by Clinton is being echoed by other high profile Democrats.

New Jersey Democrat Senator Cory Booker believes the Georgia gubernatorial election is in the process of being “stolen” from Abrams.

New Jersey Sen. Cory Booker said he believes the Georgia gubernatorial election is being “stolen” from Democrat Stacey Abrams. He spoke during an interview at Yahoo Finance’s All Markets Summit on Tuesday.

“There should be a federal investigation. The Justice Department should be investigating that election to make sure it was fair and the decisions that were made were not to politically advantage someone but to protect voters and the voting process,” Booker said.

Ohio Democrat Senator Sherrod Brown also made a reference to the Georgia race being stolen.

Sen. Sherrod Brown (D-OH) said if Stacey Abrams does not win the Georgia gubernatorial race then Republicans “stole” the race in a speech Wednesday to Al Sharpton’s National Action Network.

“If Stacey Abrams doesn’t win in Georgia, they stole it, it’s clear. It’s clear. I say that publicly,” Brown said.

The claims of a stolen election is not really about Abrams and her quest to be the first black governor in the U.S.

Democrats are using the unsubstantiated statements to generate outrage from black voters in preparation of the 2020 presidential election.