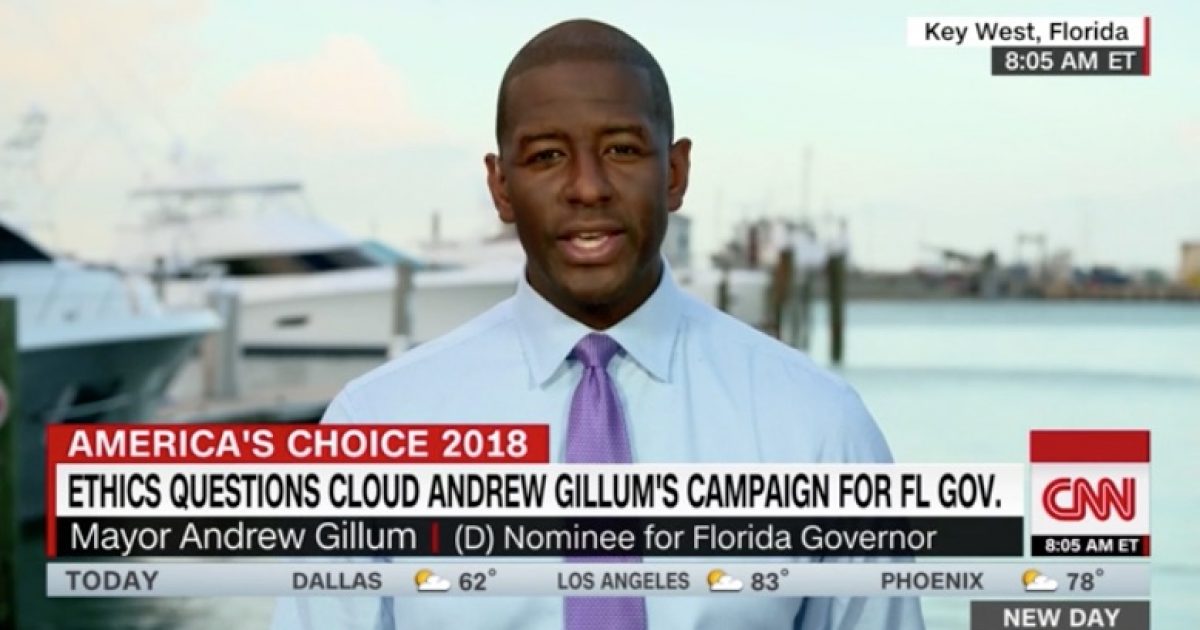 Democrat Florida gubernatorial candidate may have violated state law when he used Tallahassee city funds to pay for a trip that included a meeting with campaign donors.

Democratic gubernatorial candidate Andrew Gillum was visiting potential campaign donors to talk about his run for governor when he used an official Tallahassee mayor’s office expense account to pay for a private flight that ferried him there, according to documents released Monday.

During an interview on CNN, Gillum denied the trip included fundraising activities.

Gillum was also accused of attending a Broadway show with a ticket provided by an undercover FBI agent.

Among the documents are text messages showing that during a 2016 trip to New York City, Gillum attended “Hamilton” with a ticket obtained by an undercover agent posing as an Atlanta businessman named “Mike Miller.” Gillum and his campaign, in previous explanations about the trip, never mentioned that fact and insisted the ticket came from his brother, Marcus Gillum.

President Trump criticized Gillum and called him a “thief.”

In Florida there is a choice between a Harvard/Yale educated man named @RonDeSantisFL who has been a great Congressman and will be a great Governor – and a Dem who is a thief and who is Mayor of poorly run Tallahassee, said to be one of the most corrupt cities in the Country!

In addition to the ethical concerns, a staffer for Gillum made shocking remarks that cast doubt about the Democrat gubernatorial candidate’s platform and slammed white Floridians with a racial slur.

Smith continued by slamming the state of Florida and using racial slurs and referring to white people as “crackers.”

Gillum is in a tight race with former Republican Representative Ron DeSantis.