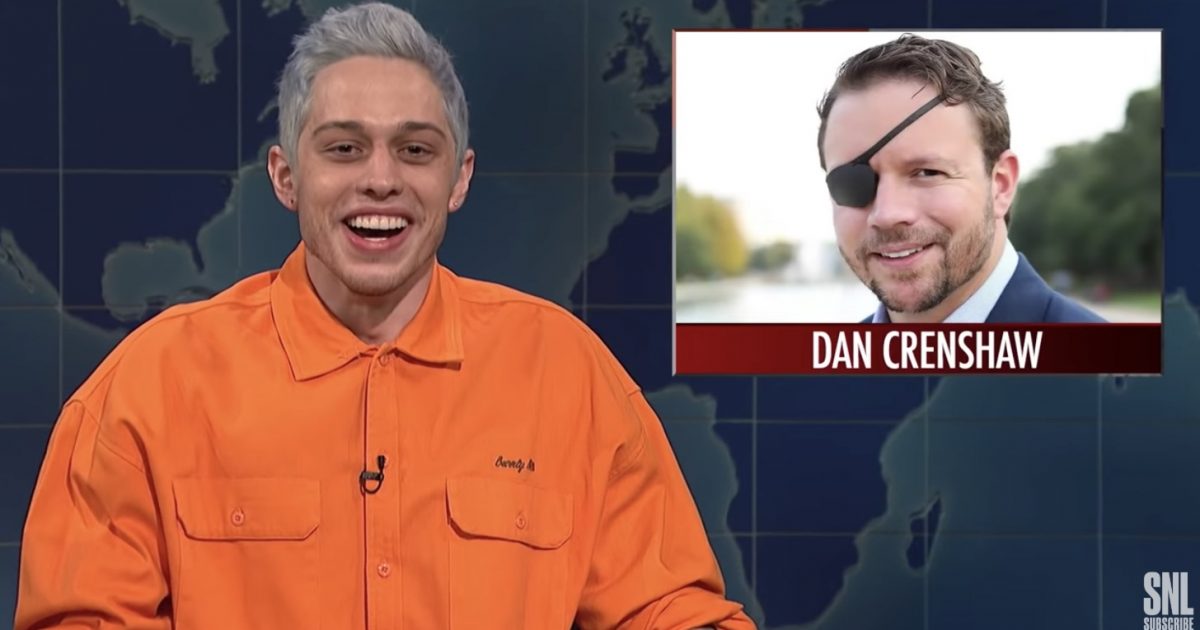 A Saturday Night Live cast member stooped to an all-time low laughingly mocking a former U.S. Navy SEAL that lost an eye six years ago during a combat tour in Afghanistan.

Providing his opinion about candidates running in the midterm elections, Davidson began the discussion by saying some of the candidates are “gross.” (watch video)

“I’m sorry, I know he lost his eye in war, or whatever,” he continued, laughing.

Crenshaw suffered horrific injuries to both eyes from an improvised explosive device.

Doctors said he’d never see again, but Crenshaw regained sight in his left eye after undergoing several surgeries and receiving specialized contact lenses. Four months later, fitted with a glass eye and his signature eye patch, Crenshaw was back on the shooting range in Mississippi, training to rejoin his teammates.

While Crenshaw proudly served the U.S. touring in Afghanistan and Iraq, he wants to continuing serving America by running for office “to make a positive impact on people’s lives.”

“What makes me get up in the morning is knowing I’m doing something for the country and I was not ready to quit that,” Crenshaw told the Free Beacon in January of last year. “I think this is why I’m driven to Congress now, because it’s another path I can take to make a positive impact on people’s lives and serve in a way that is meaningful and push for values that I believe in.”

Davidson and the suits at Saturday Night Live should be thankful for brave Americans like former Navy SEAL Dan Crenshaw, for the countless men and women actively serving, for those who are retired from the military, and for those who gave the ultimate sacrifice.