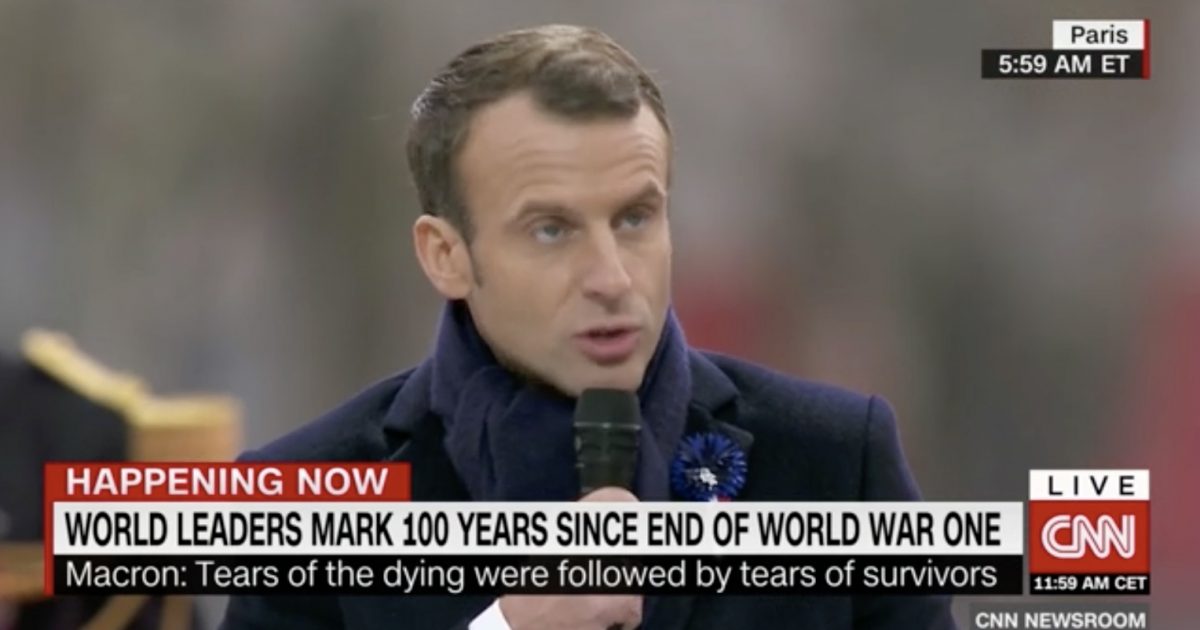 During his address at an event attended by world leaders marking the end of World War I, Macron said patriotism is not nationalism.

In his address, French President Emmanuel Macron — who has emerged as Europe’s most vocal sentry against a global tide of nationalism — repeated his warnings.

“Patriotism is the exact opposite of nationalism,” he said through a translator. “Nationalism is a betrayal of patriotism. By saying our interests first, who cares about the others, we erase what a nation holds dearest, what gives it life, what makes it great and what is essential: its moral values.”

French president Emmanuel Macron condemned nationalism while Trump, a self-declared nationalist, was next to him pic.twitter.com/6sdxC6KrTg

Conservatives blasted Macron over his comments about nationalism.

Instead of displaying gratitude for being liberated by the first superpower in world history uninterested in conquest, Macron delivered a smug lecture. Here is the harsh reality: France, like all of Western Europe, has thrived for decades because of the protective blanket of the American military, funded by the generous American taxpayer. In lieu of appreciation, Macron dismissed our historic commitment by calling for a European-only military to counterbalance both the U.S. and Russia. Then, in a barely veiled verbal assault on Donald Trump, he assailed nationalism as a “betrayal of patriotism.”

It was wrong for Macron to take shots at President Trump during the events surrounding the end of WWI given the sacrifices of America to save France in both world wars.