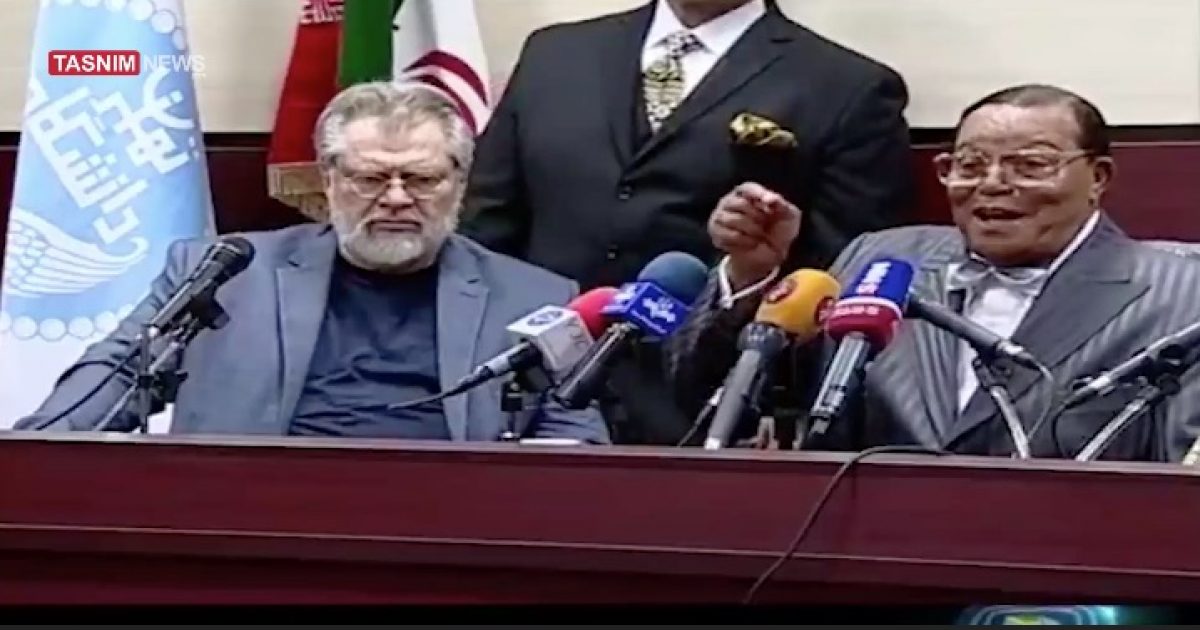 Nation of Islam leader Louis Farrakhan chanted “Death to America” while in Iran.

Farrakhan traveled to Iran to celebrate the anniversary of Iran taking over the U.S. embassy in Tehran during former President Jimmy Carter’s administration.

The Nation of Islam leader was in Tehran to recognize the 39th anniversary of the U.S. embassy takeover in the Iranian capital, which occurred in 1979. Iranians “celebrated” by shining shoes with American and British flags and trampling mock-ups of the U.S. dollar.

During his visit, Farrakhan took the opportunity to support Iran by leading a chant against America.

Nation of Islam leader and prominent antisemite Louis Farrakhan led chants of “Death to America” and claimed that “America has never been a democracy” on Sunday during a solidarity trip to Iran, ahead of the re-implementation of US sanctions on the country this week.

According to Iran’s semi-official state news agency Mehr, Farrakhan said at a meeting with the Secretary of Iran’s Expediency Council Mohsen Rezaei that America is conspiring against Iran.

“I understand how the enemies have plotted against the Iranian people and I would like to stay alongside you to stop their plots,” he said.

Pictures of Iranians defacing the American and British flags were available on Twitter:

Farrakhan is a well-known anti-Semite who recently called Jews “termites.”

A new low for arch Jew-hater Farrakhan. Who has heard of an American going to a foreign country and chanting "Death to America?" Where is @BillClinton who appeared with him recently, and @BarackObama, photographed with him, and @corybooker to condemn him? https://t.co/A6yhSmfs5T

Democrats and the left-wing media consistently pound President Trump over his comments but remain silent about Farrakhan’s outrageous speech.