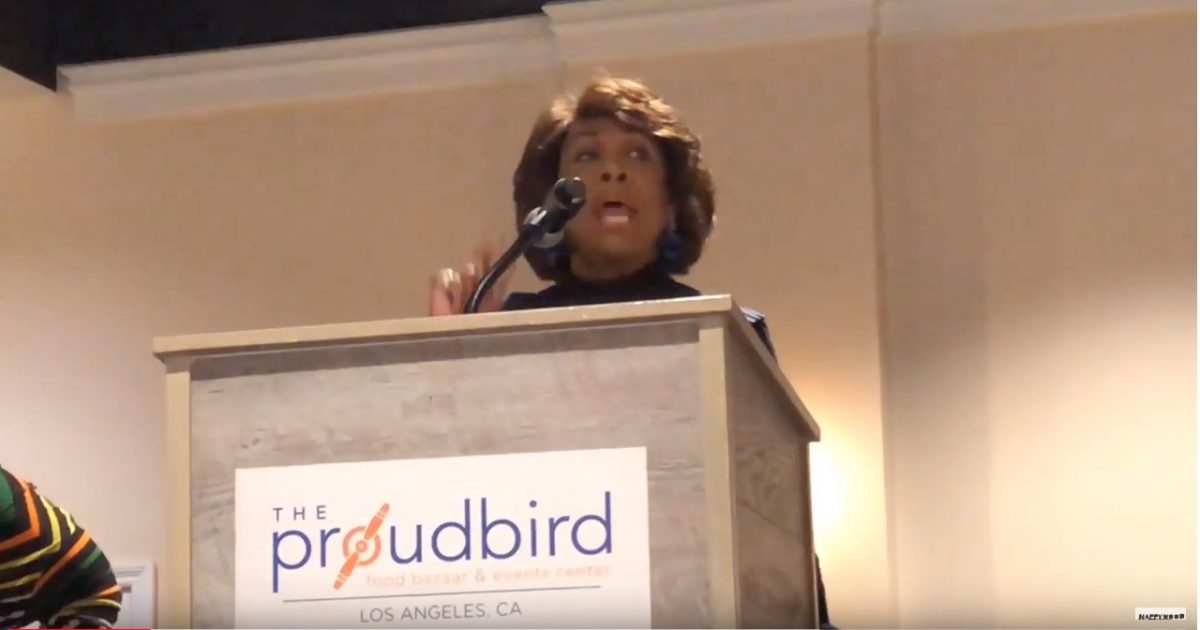 California Democrat Representative Maxine Waters is promising to exercise her power as the chairman of the Financial Services Committee if Democrats take over the U.S. House of Representatives.

Waters plans to aggressively take on Wall Street with a sense of revenge against the banking industry.

According to The American Mirror, Waters said:

“I will be the first African-American, the first woman to chair the powerful Financial Services Committee.

“That’s all of Wall Street. That’s all the insurance companies, that’s all the banks. And so, of course, the CEOs of the banks now are saying, ‘What can we do to stop Maxine Waters because if she gets in she’s going to give us a bad time?’” she said.

“I have not forgotten you foreclosed on our houses,” she warned.

“I have not forgotten that you undermined our communities,” she continued with the tone of a preacher.

“I have not forgotten that you sold us those exotic products, had us sign on the dotted line for junk,” she yelled, “and for mess that we could not afford.”

“I have people who are homeless who have never gotten back into a home. What am I going to do to you?

During her speech, Waters also played the race card and attacked President Trump.

She said President Trump is not presidential and “he has no good values.”

Waters’ promises illustrate the importance of the upcoming midterm elections.

If Democrats take control of the House of Representatives, the chairmen of the Committees will seek revenge against big business and President Trump.