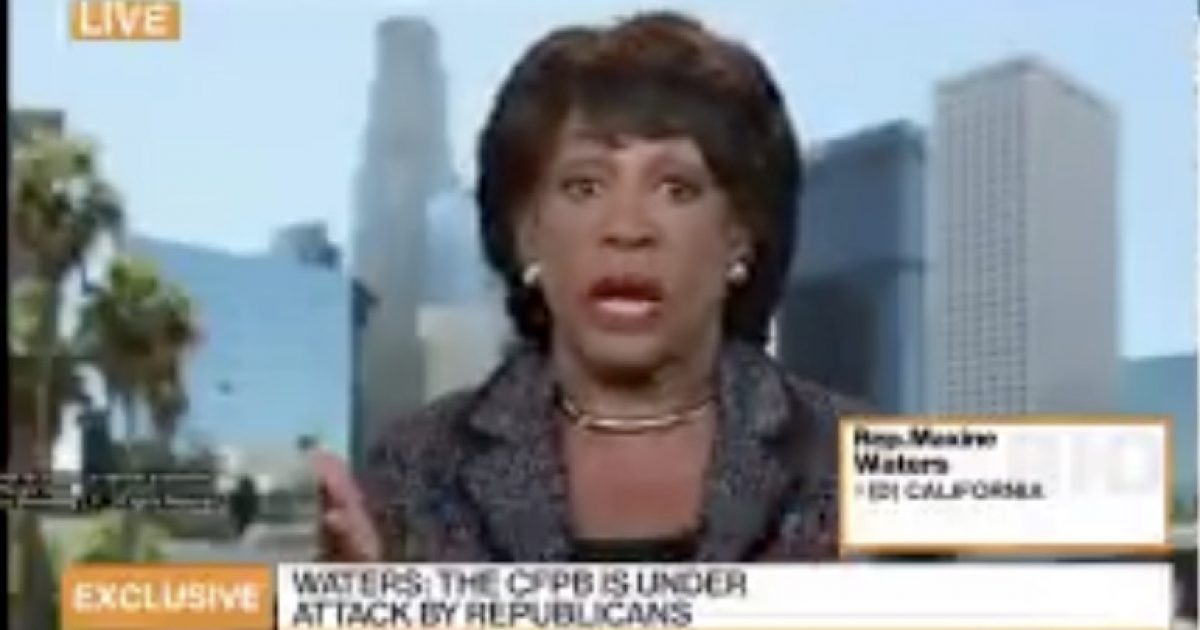 Waters will likely run the House Financial Services Committee when the Democrats take over the House of Representatives in January and she wants to pursue banking regulations.

Speaking ahead of remarks by Randal Quarles, the Federal Reserve’s vice chair of oversight for the banking industry, the California Democrat said efforts to loosen the reins on Wall Street financial institutions won’t be tolerated should she be committee chair, as expected.

“Make no mistake, come January, in this committee the days of this committee weakening regulations and putting our economy once again at risk of another financial crisis will come to an end,” Waters said.

Now, with Democrats assuming control of the House in January, the California Democrat is about to become more visible than ever before, with the power to slow down an important part of Trump’s agenda and even shine a light on his company’s finances.

“I will be the first African-American, the first woman, to chair the powerful Financial Services Committee,” she told a crowd of supporters in Los Angeles right before the election. “That’s all of Wall Street. That’s all the insurance companies. That’s all the banks.”

Waters is eager to review the problems at Wells Fargo:

WELLS NOT OUT OF WATER.

"We're going to correct things in the system to the best of our ability that's causing harm to our consumers." Meetings planned, AND…

Waters will use her new position of power to attempt to increase regulations on the banking industry and generate media coverage while doing so.