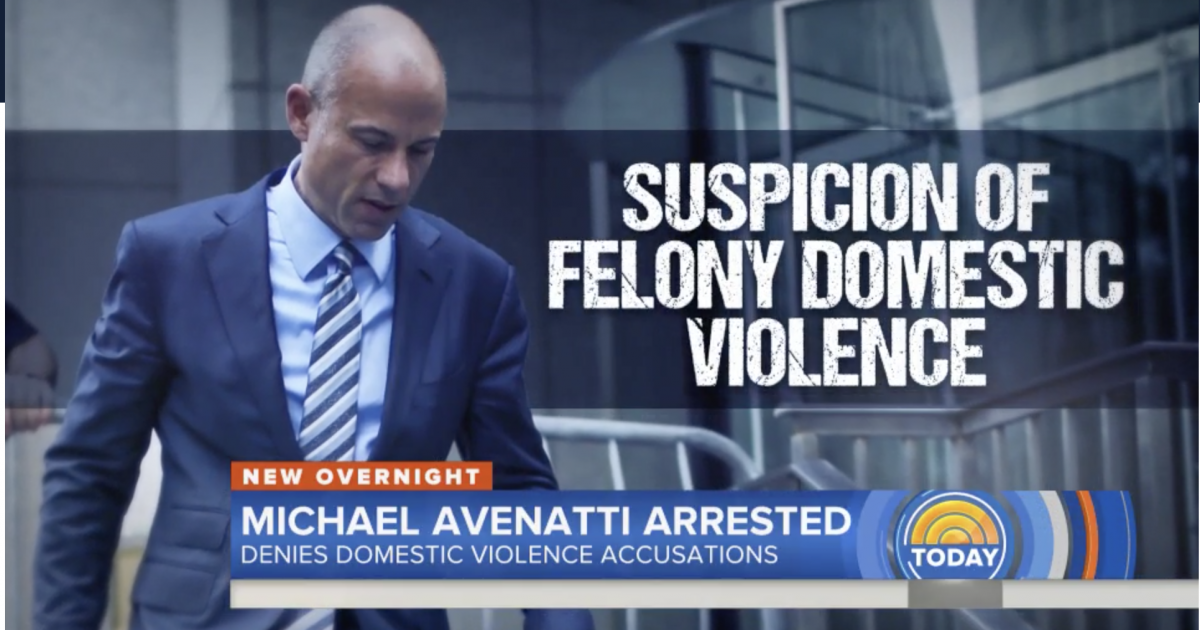 Avenatti is denying the allegation.

Avenatti, who has denied the allegations, was booked Wednesday afternoon on a felony domestic violence charge after police took a report on Tuesday of the alleged incident. He was released on $50,000 bail.

Police say the incident occurred at a residence on Santa Monica Boulevard near Beverly Hills, according to BuzzFeed News.

The identity of the victim of the alleged abuse was not immediately clear. The celebrity gossip website TMZ initially said that Avenatti’s estranged wife, Lisa Storie-Avenatti, was involved, but it backed off its reporting after her attorneys issued a denial.

Avenatti is denying the allegation and is blaming Jacob Wohl for the arrest.

“First Mueller and now me,” Avenatti tweeted. “When we are fully exonerated I am coming for you Jacob Wohl aka Surefire.”

Avenatti was using his high profile status with Democrats and the media to advance a run for president in 2020.

However, two Democrat events in Vermont were canceled after his arrest.

Stormy Daniels attorney Michael Avenatti’s appearances in Vermont this weekend have been canceled following reports of his Wednesday arrest in Los Angeles on suspicion of domestic violence.

Vermont Democrats, who planned to host two events with the lawyer Friday and Saturday, will refund ticketholders, said R. Christopher Di Mezzo, the party’s communications director, on Wednesday evening. Avenatti has said he would pursue the Democratic Party nomination for president in 2020.

But Daniels also warned that she will drop Avenatti as her lawyer if these allegations “prove true.”