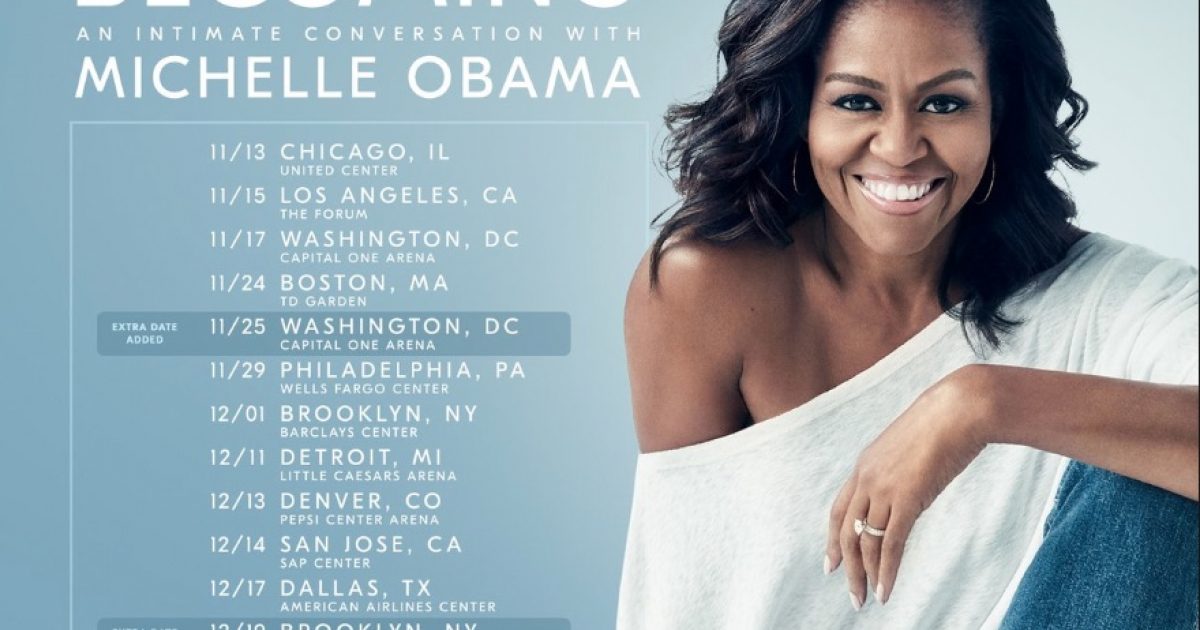 The book is a memoir of her life ranging from growing up in Chicago to becoming First Lady.

She also slams President Trump on a number of different issues.

In her memoir “Becoming,” set to come out Tuesday, Obama writes openly about everything from growing up in Chicago to confronting racism in public life to her amazement at becoming the country’s first black first lady. She also reflects on early struggles in her marriage to Barack Obama as he began his political career and was often away. She writes that they met with a counselor “a handful of times,” and she came to realize that she was more “in charge” of her happiness than she had realized. “This was my pivot point,” Obama explains. “My moment of self-arrest.”

Obama writes that she assumed Trump was “grandstanding” when he announced his presidential run in 2015. She expresses disbelief over how so many women would choose a “misogynist” over Hillary Clinton, “an exceptionally qualified female candidate.” She remembers how her body “buzzed with fury” after seeing the infamous “Access Hollywood” tape, in which Trump brags about sexually assaulting women.

In the book, Michelle expressed particular outrage over President Trump challenging where her husband was born.

Former first lady Michelle Obama writes in her forthcoming memoir that President Donald Trump’s promotion of the so-called birther movement is something she will “never forgive him for,” according to excerpts obtained by The Washington Post and other outlets, detailing the threats she said her family felt as a result of Trump’s amplification of the conspiracy theory.

Since leaving the White House, Michelle Obama is remaining in the spotlight including being active before the midterm elections:

Tomorrow, whether you're a first-time voter or you've been voting your whole life, your community—and our country—needs to hear from you.

Make your voice heard by grabbing five friends and getting ready to vote at https://t.co/cBTTn9Q5Lf. #WhenWeAllVote pic.twitter.com/MupCb5VxIX

Michelle is also going on a book tour to generate attention and sales.

Michelle and former President Barack Obama are cashing in on the fame they attained from being in the White House.