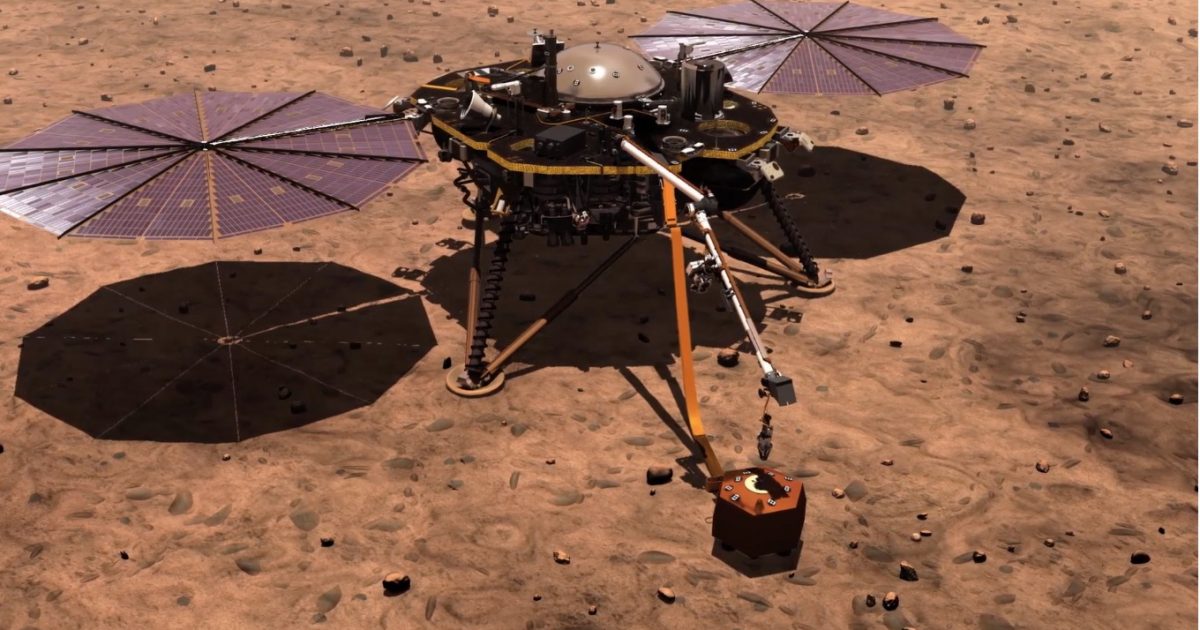 Animation video of SEIS Deployment below.

InSight stands for Interior Exploration using Seismic Investigations and as advertised, the spacecraft research mission is to study Mars’ surface and parts of its interior, as well as seismic activity.

NASA wants to get a comprehensive look beneath the Martian surface and collect data about the planet’s crust, mantle, and core with a 16-foot dig below. It’ll hopefully answer the basic question of whether Mars could have supported life.

The spacecraft traveled 301 million miles after blastoff in May, traveling 6,200 miles per hour in space.

I feel you, #Mars – and soon I’ll know your heart. With this safe landing, I’m here. I’m home.
#MarsLanding https://t.co/auhFdfiUMg

“InSight will study the interior of Mars and will teach us valuable science as we prepare to send astronauts to the Moon and later to Mars. This accomplishment represents the ingenuity of America and our international partners, and it serves as a testament to the dedication and perseverance of our team. The best of NASA is yet to come, and it is coming soon.”

As noted above, the trip to Mars is the first step to landing humans on the red planet.