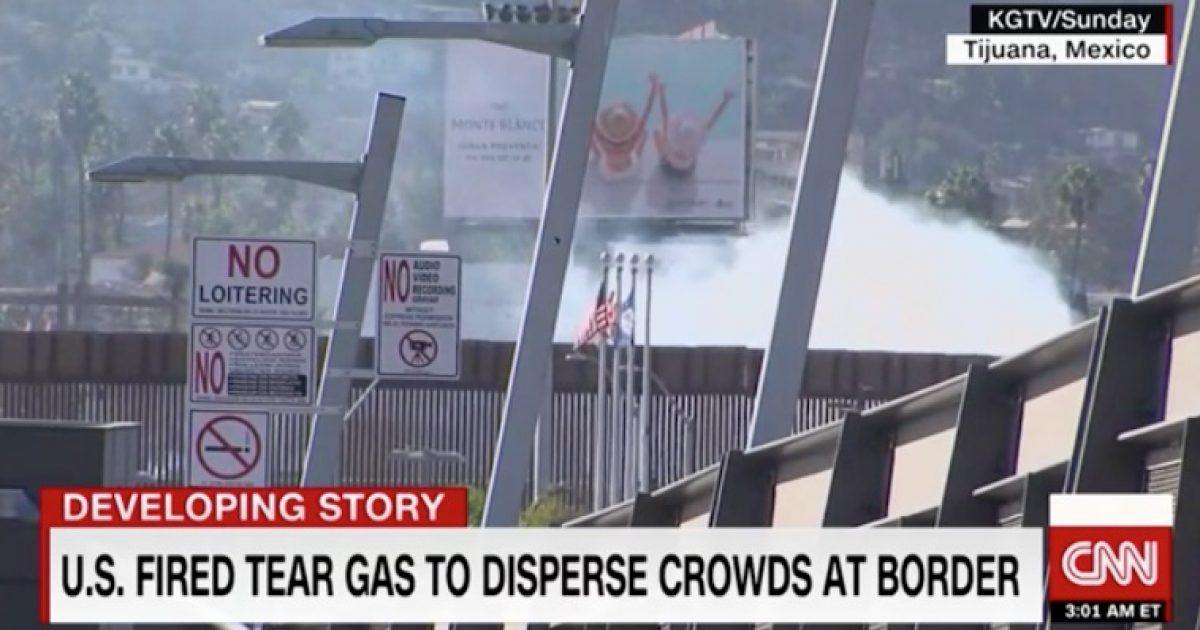 The double standard and selective outrage from the Left is clear over the use of tear gas on the Mexico-U.S. border.

Last weekend, U.S. Border Patrol officials fired tear gas at migrants to maintain order as they rushed the border and pelted agents with rocks and other objects.

While the outrage over the use of tear gas is directed at the Trump administration, the same tactic was used at the border under the Obama administration.

The same tear-gas agent that the Trump administration is taking heat for deploying against a border mob this weekend is actually used fairly frequently — including more than once a month during the later years of President Barack Obama’s administration, according to Homeland Security data.

U.S. Customs and Border Protection has used 2-chlorobenzylidene malononitrile, or CS, since 2010, and deployed it 26 times in fiscal 2012 and 27 times in 2013. The use dropped after that, but was still deployed three times in 2016, Mr. Obama’s final full year in office.

The criticism of the Trump administration for deploying tear gas, however, ignores the fact that the Obama administration used similar tactics to deter migrant hordes in 2013.

According to The San Diego Union-Tribune, a group of about 100 migrants near the San Ysidro port of entry threw rocks and bottles at Border Agents in November 2013. The agents responded by shooting pepper balls into the crowd and forcing them back into Mexico.

Liberals are highly critical of the Trump administration for using tear gas on the migrants with some calling the action “un-American.”

Critics, including Latin American leaders, immigrant-rights advocates and congressional Democrats, have said use of tear gas is “un-American.”

“It’s horrifying to see tear gas used on mothers and young children as they seek refuge in the United States. That’s not what America should be,” said Sen. Dianne Feinstein, California Democrat.

Other Democrats complained about threats of “deadly force” against the border incursions, which saw migrants punch through fencing, and launch rocks and bottles at agents who responded to stem the intrusion.

Liberals Tweeted about the use of tear gas:

This is horrendous. We must hold those responsible accountable. Children who approach our country looking for asylum should be welcomed with open arms, not with tear gas.

We can be this country or we can be a country that says no to this. We get to decide in two years. https://t.co/j6TPkPYXKX