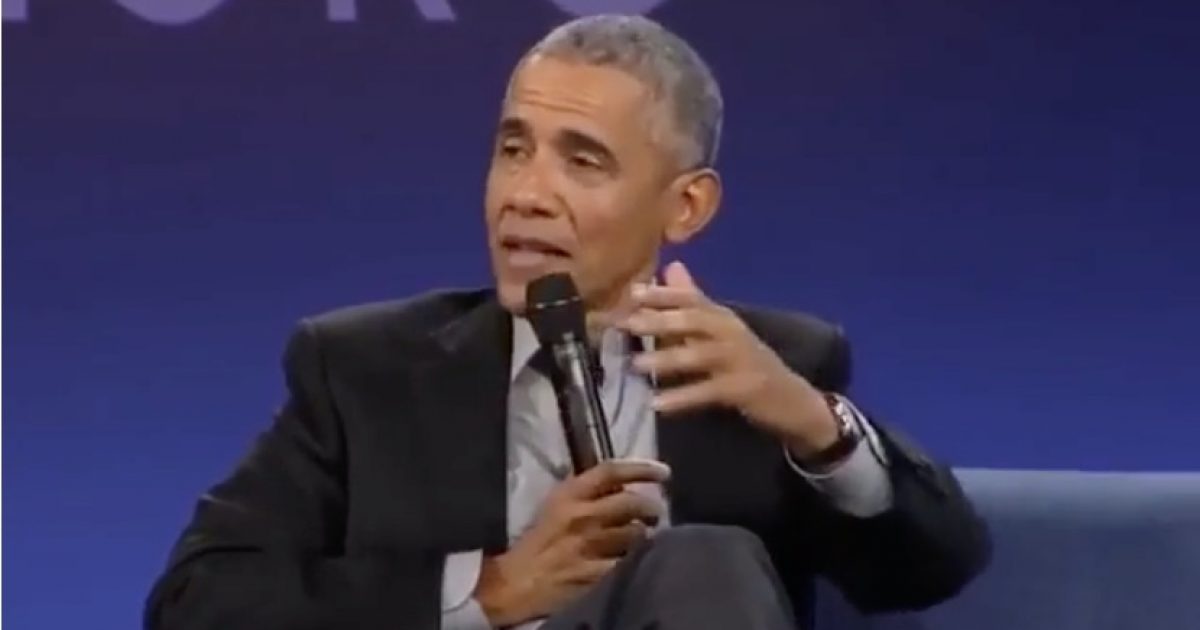 During a speech at the Obama Foundation in Chicago, Obama said the U.S. is not advancing because of a range of negative emotions and biases.

Obama, speaking at the Obama Foundation Summit on Monday night, said the answers already exist to solve many of the problems facing both the U.S. and the world, but that the nation was not making progress “because we are still confused, blind, shrouded with hate, anger, racism, mommy issues.”

Now that the midterms are over, Obama has apparently returned to his strategy of refusing to refer to the current commander in chief by name — so while there was no mention of him or his mother, Mary Trump, many interpreted the remarks as a jab at Trump.

In a recent Politico article examining Trump’s relationship with his mother through the lens of the attachment theory, author and journalist Peter Lovenheim — who wrote a book on the popular psychology theory — argues that Trump’s apparent failure to bond with his mother may have played a direct role in his tumultuous personal and professional life, creating what Obama seems to view as Trump’s “mommy issues.”

The Obama Foundation promoted the former president’s speech on Twitter:

President @BarackObama is about to take the stage at the #ObamaSummit—watch it live: https://t.co/aGSLPSV4Fe pic.twitter.com/ohFafR3f4z

While in Chicago, Obama also did an interview with his former campaign manager.

During a podcast interview with David Axelrod, the former president said President Trump does not have the same view of America as he does.

But it doesn’t have to be this way, Obama said in a live interview for Axelrod’s Axe Files podcast, recorded at the University of Chicago. It’s just that he and President Trump “have contrasting visions of what America is, and that’s self-apparent.”

“What’s unique about America is our aspirations to be a large, successful, multiracial, multicultural, multiethnic, multireligious pluralistic democracy,” Obama said. When Axelrod asked whether Obama felt that Trump shared that opinion, the former president said, “Obviously not.”

The comments by Obama is adding to the political division in the country. Hinting President Trump has “mommy issues” is a cheap shot and does nothing to improve the lives of Americans.

The former president is extremely upset that President Trump eliminated his legacy and now he is doing everything he can to get Democrats back in charge of America.