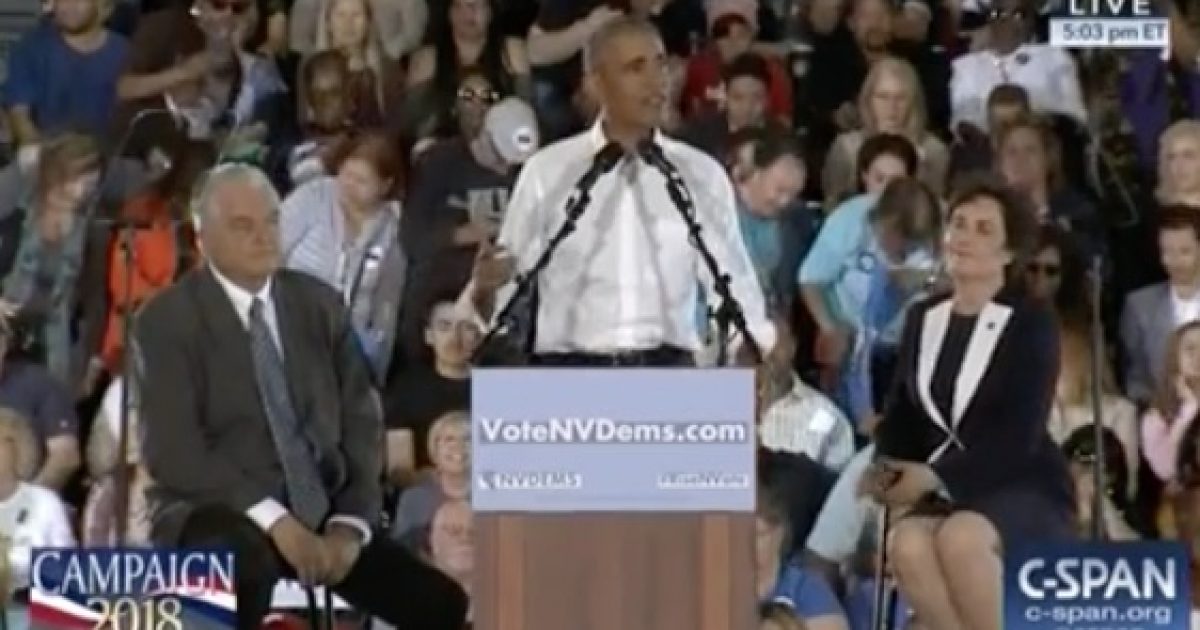 Former President Obama is patting himself on the back over the current oil-gas boom in the U.S.

Addressing a crowd at the Rice University’s Baker Institute, Obama said production of oil and gas “went up every year I was president.”

“I was extraordinarily proud of the Paris accords because — you know, I know we’re in oil country and we need American energy, and by the way, American energy production,” Obama said at an event hosted by Rice University’s Baker Institute on Tuesday night.

“You wouldn’t always know it but it went up every year I was president,” Obama said of U.S. oil and gas production. “That whole, suddenly America’s like the biggest oil producer and the biggest gas — that was me, people.”

Obama: "Suddenly America is the largest oil producer, that was me people … say thank you." pic.twitter.com/VfQfX1SR0x

Despite former President Obama’s claim for credit, the increase in production occurred on state and local lands – out of his control.

U.S. oil production nearly doubled between 2009, when Obama took office, to 2016. Natural gas production shot up around 50 percent in that time. However, the boom in production almost exclusively took place on state and private lands where the Obama administration had little to no control.

While Obama praised the Paris Climate Change Accord, a global commitment for countries to reduce greenhouse gas emissions and would drive up energy prices, President Trump is looking out for middle-class Americans by pulling America out of the agreement.

President Donald Trump plans on leaving the Paris accord as soon as 2020, and his administration has rolled back Obama-era policies seen as restricting oil and gas production.

The oil boom has continued under Trump, with the U.S. producing a record-setting 11.7 million barrels per day in early November. The U.S. is the world’s largest oil-producing nation, outpacing both Russia and Saudi Arabia in 2018.

Not only are hardworking families unable to afford to pay for climate change policies, the G-20 countries that signed up for the Paris agreement are not meeting their commitments.

Former President Obama seems to have a significant memory lapse over his harmful energy policies by taking credit for America’s oil and gas boom.