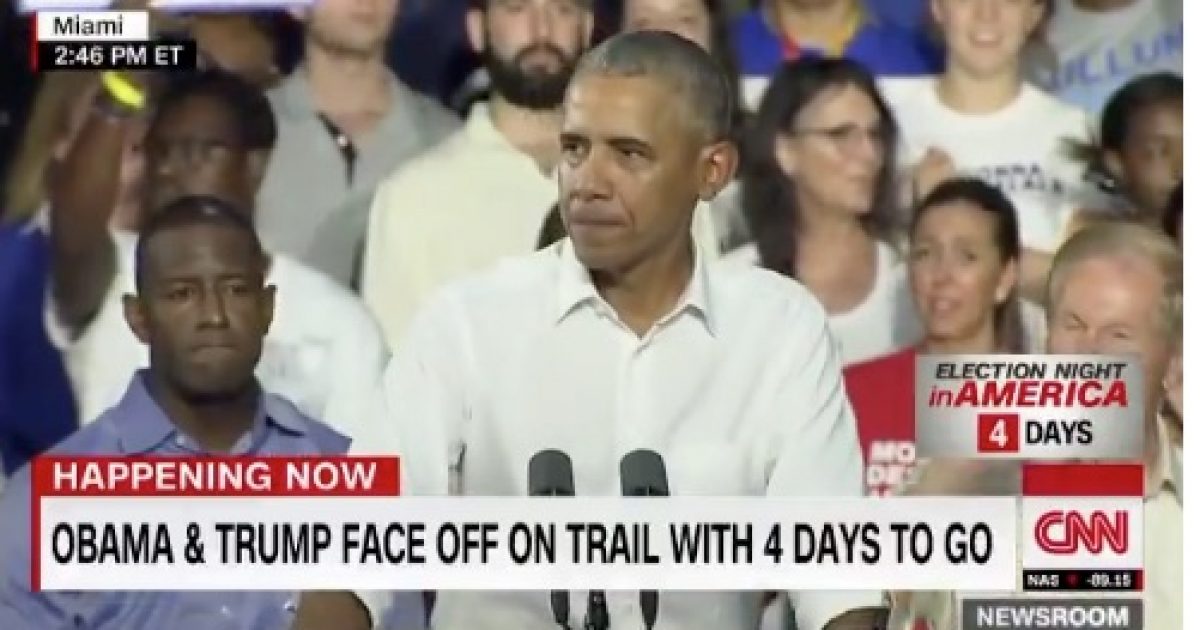 Speaking at a rally in Miami, Fla., to boost Democratic Sen. Bill Nelson and gubernatorial nominee Andrew Gillum, Obama said that he deserved more credit for the current economic landscape, telling the crowd that “By the time I left office … the economy was growing. And by the way that growth has just kept on going.”

“Right now Republicans are all ‘Look the economy’s so good,’” he said. “Where do you think that started? When did that start?”

It’s not surprising Obama is seeking credit for the economy since the latest jobs report was very good.

A commentary in Bloomberg recorded the highlights from the government jobs report.

The piece made note of seven important conclusions from the report.

Here are two conclusions from the commentary:

The U.S. economy remains one of the world’s most powerful employment-creation machines: Adding 250,000 jobs last month, the economy is maintaining an average annual pace that is particularly impressive for this stage of its cycle. The labor market is managing to overcome skill mismatches and the usual headwinds associated with the slowdown in the highly cyclical sectors of the economy, such as housing.

Tightening labor-market conditions are helping wage growth: Thanks in part to the favorable base effect from a depressed number a year ago, wages rose 3.1 percent in October (year-on-year), up from 2.8 percent growth in September. It’s the first time since 2009 that wages have increased more than 3 percent, and maintaining such a trend is key to an economic expansion that is more inclusive and more sustainable socio-politically.

Former President Barack Obama speaks at a rally in Miami for Democratic gubernatorial candidate Andrew Gillum: "The stakes really are that high … America is at a crossroads" pic.twitter.com/4nRzS9d5Sf

Not everyone was pleased with the former president’s effort to boost Democrats prospects in the upcoming election.

Obama was interrupted during his rally speech and the former president quickly challenged the heckler.

A protestor interrupted former President Obama’s campaign speech on Friday, prompting him to ask why Republicans are angry all the time.

“Why is it that the folks who won the last election are so mad all the time?” Obama joked, referencing President Trump’s election in 2016.

Obama and the Democrats are worried that the growing economy, low unemployment rate, and rising wages will put a big dent in their so-called blue wave.