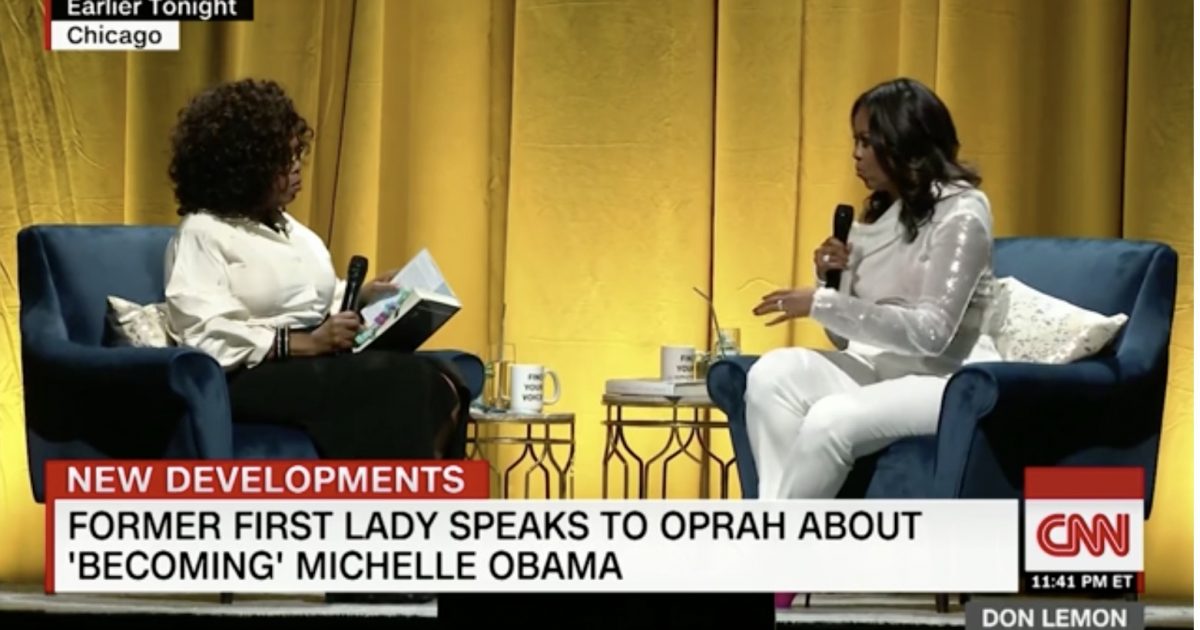 The book is about Michelle’s life story and the interview covered a wide range of topics.

“I’m finally claiming, my story is the quintessential American story,” she told a sold-out audience of 14,000 people at the United Center on Tuesday night. “Yes, I’m black. Yes, I’m a woman and yes, I grew up working class and my parents didn’t get to finish college.

“How dare someone tell me I don’t love my country.”

Michelle is also talking about her book and life with many news outlets.

Former first lady Michelle Obama said that her oft-admired friendship with former President George W. Bush serves as a reminder of how relationships should be during a time when America only sees all the “nasty parts” of political discourse.

In an interview released Wednesday on NBC, Obama told Bush’s daughter, Jenna Bush Hager, who is also a correspondent on “Today,” that her relationship with Bush “reminds us that we can get there with the right leadership and with the right tone setting and with each of us giving one another the benefit of the doubt.”

Michelle is an example of American exceptionalism where anyone can succeed but, unfortunately, she views big government, not individual liberty, as the path to success.