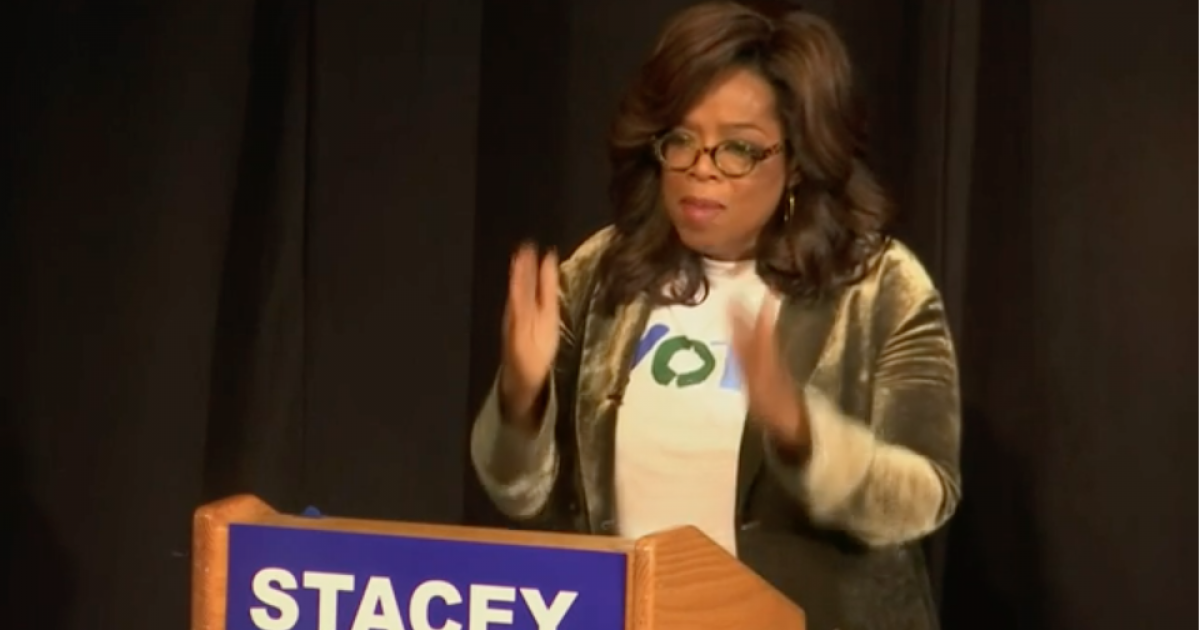 Hollywood is very active in its pursuit to help Democrats in the midterm elections.

Oprah Winfrey went on the campaign trail in Georgia to support gubernatorial candidate Democrat Stacey Abrams who is in a tight race against Republican Brian Kemp.

Abrams would be the first black female governor in the U.S. if she is elected next Tuesday.

During her rally speech, Oprah played the race card to motivate the attendees.

In a segment on “The Ingraham Angle,” the Fox host accused Winfrey of “race-baiting” by bringing up Georgia’s racist history of lynching in a campaign speech for Abrams, the first black woman nominated for governor by a major political party.

And in a nod to the allegations of voter suppression that have marked the gubernatorial race, Winfrey told the crowd that “every single one of us has something that, if done in numbers too big to tamper with, cannot be suppressed and cannot be denied.”

“All of us may have been created equal, but if you’re woke . . . you’ve got sense enough to know that everybody is not treated equally,” she said.

Oprah has a history of using race to promote her movies.

We are all equal in the voting booth. Make your voice heard Nov. 6!
VOTE! VOTE! VOTE! pic.twitter.com/FQOnobU1AF

In addition to Oprah, Hollywood is motivated to use the midterm elections to elect Democrats.

With just three weeks to go until the mid-term elections, Hollywood Democrats claim they are not taking anything for granted — a different outlook than they had in 2016.

Complacency and confidence are being replaced by energy, enthusiasm and anger, as industry heavyweights forge get-out-the-vote videos, knock on doors and in some cases perform at candidate fundraisers. They’re also shelling out what looks to be record amounts of money to ensure a Democratic victory.

The political advocacy by Oprah and Hollywood stars is a reminder that the Democrat party is the political party for the elites.