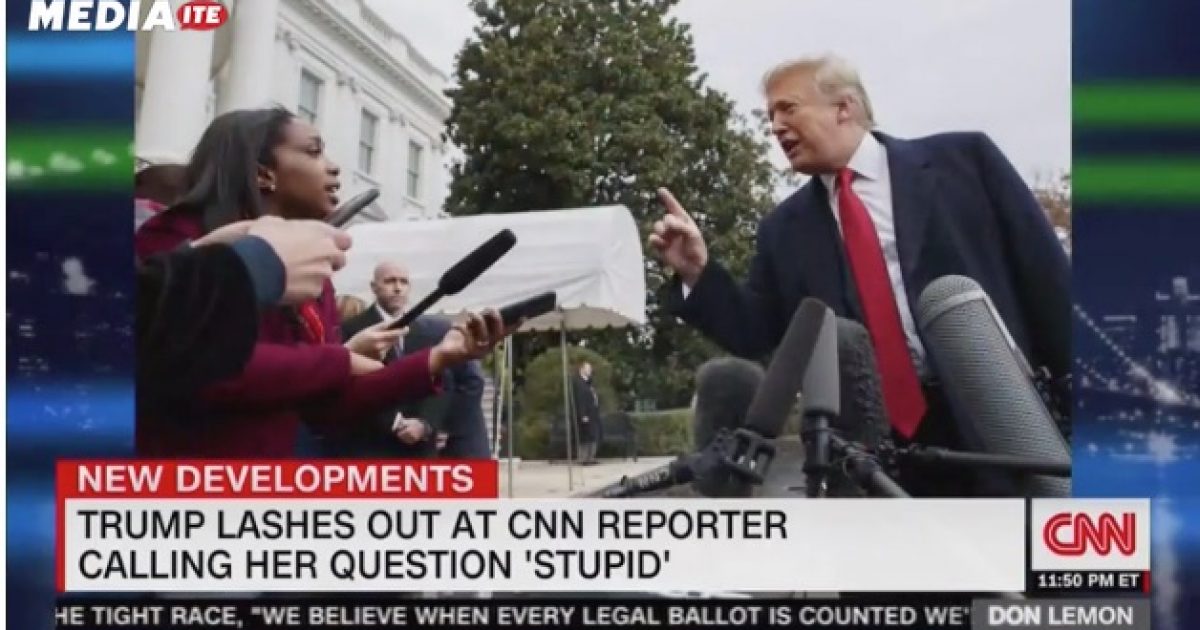 President Trump is getting blasted by the media for his criticism of three black female reporters.

Over the course of a few days, President Trump sharply criticized the reporters over the nature of their questions.

The media pounced on the opportunity to make the issue about race.

Keeping with the racial theme the story says:

President Trump has made no secret of his contempt for reporters, whom he calls “fake news” and “enemy of the American people.” He’s also had unkind things to say about women and people who are African American.

This week, he hit a trifecta, singling out three African American women who are journalists. The women — Abby Phillip, April Ryan and Yamiche Alcindor — earned his contempt apparently just for asking him questions.

Trump called one of Phillip’s questions “stupid,” described Ryan as “a loser” and brushed off Alcindor, saying her question was “racist.”

Trump has disparaged many people, so his responses to Phillip, Ryan and Alcindor might simply reflect equal-opportunity contempt. But all three of the latest examples fall into the categories of people — journalists, women, African Americans — for whom Trump has reserved special nastiness. Among the African American figures are Democratic Reps. Maxine Waters of California and Frederica S. Wilson of Florida.

April Ryan jumped on the opportunity to get into the media cycle.

White House reporter @AprilDRyan recounts the moment in this week's press conference where Pres. Trump told her to "sit down": "It was a real question about a real issue that Americans just were dealing with the day before." https://t.co/jRcGfQlce4 pic.twitter.com/zW0aFQbixX

President Trump is an equal opportunity critic of reporters – it has nothing to do with race.

The media is doing a disservice by making this issue about race and only serves to divide the nation.