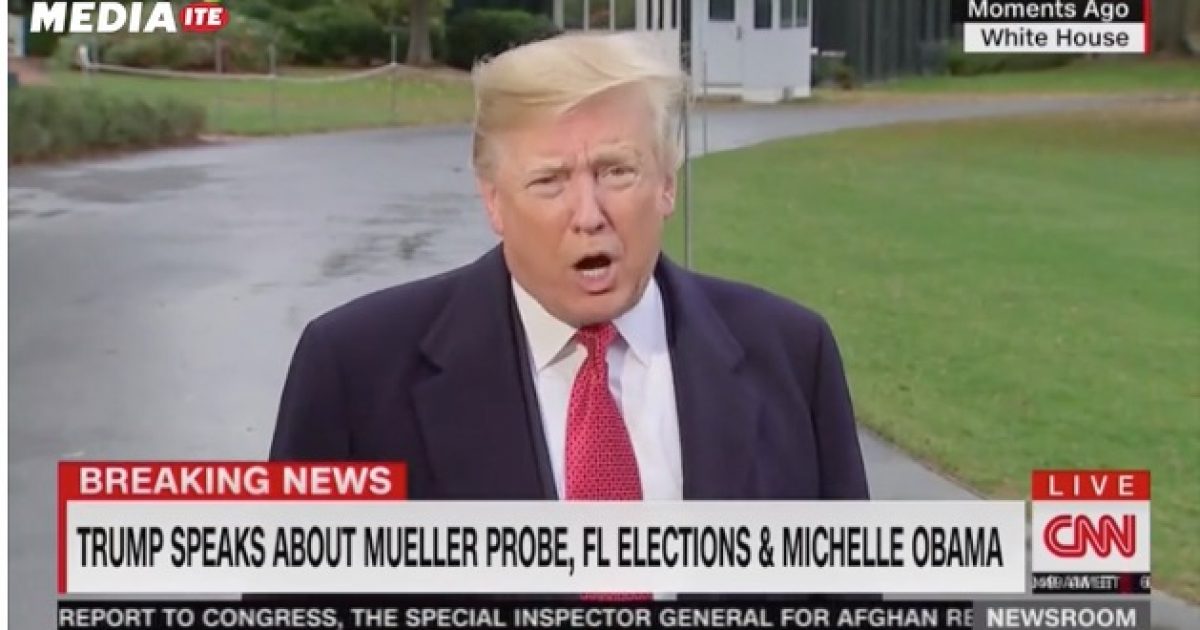 President Trump responded to comments made about him by Michelle Obama.

Michelle is also going on a media tour to promote her book and her negative comments about President Trump is generating a significant amount of earned media.

In her memoir "Becoming," Michelle Obama denounces Trump's "birther" campaign, saying he "deliberately meant to stir up the wingnuts and kooks." https://t.co/htRcOyOM00

In her memoir 'Becoming,' Michelle Obama denounces President Trump for bragging in 2005, on the infamous "Access Hollywood" tape, about sexually assaulting women. https://t.co/2VxaSCUC6t

“I guess she wrote a book. She got paid a lot of money to write a book. And they always insist you come up with controversial. Well, I’ll give you a little controversy back. I’ll never forgive [Barack Obama] for what he did to our United States military. By not funding properly, it was depleted. Everything was old and tired. And I came in and I had to fix it.”

Both Michelle and former President Obama are upset that President Trump won the 2016 election and is actively undoing the former president’s legacy.