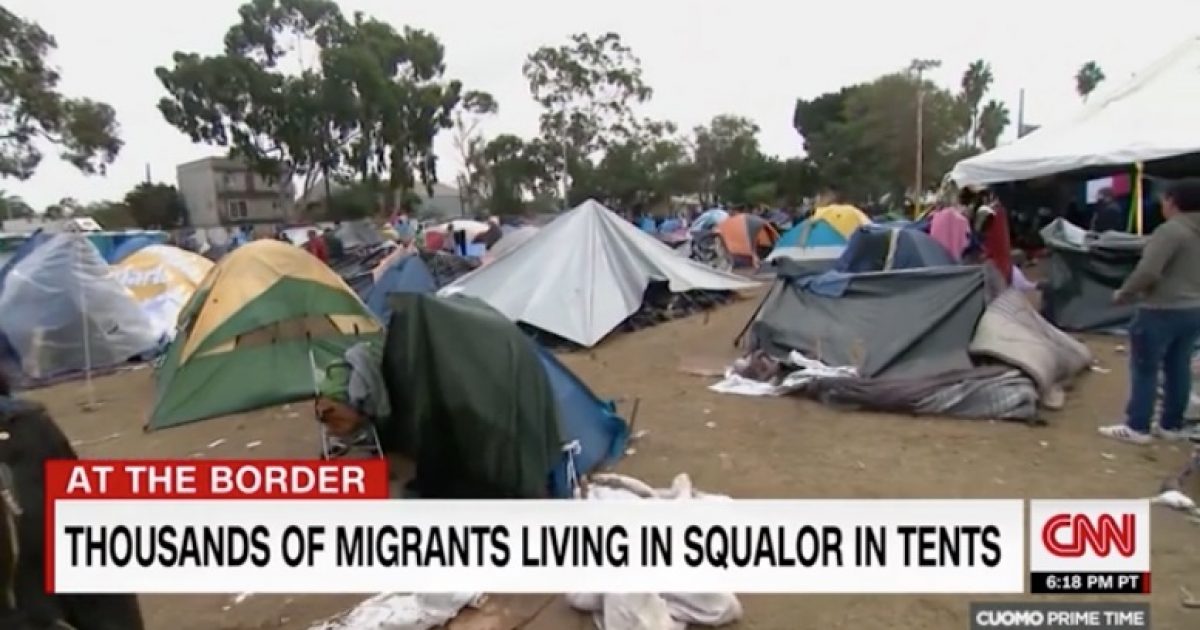 The Centers for Disease Control (CDC) is going to investigate the rise in illness among the migrant population entering the U.S.

The Department of Homeland Security (DHS) made the request to the CDC because the department noted an increase in illness that is requiring hospital visits for the sick migrants.

A DHS official told reporters that “literally dozens” of sick migrants are being transported to hospitals across the border each day and that growing numbers of children showing illness are present in border patrol custody.

The story also reports DHS head Kirstjen Nielsen asked Mexico to examine and find out if the illnesses can be traced to migrant camps.

The call for CDC action was also prompted by the recent death of a migrant child after release from a hospital in New Mexico.

The poor conditions in the migrant camps in Mexico could be a major factor in the rise of sick migrants.

A November CNN story reported on the state of conditions at the Benito Juarez Sports Complex in Tijuana, Mexico, where sewage was a problem.

In another room nearby, Carlos Betanzos told CNN conditions inside the shelter are increasingly concerning.

“This shelter is not very clean inside. The bathrooms are very bad. They are sleeping on the floor. The sanitation is not very good,” said Betanzos, who’s working at the shelter as part of a medical mission of doctors and nurses from the Church of the Nazarene.

Betanzos said more than 100 patients come to their clinic daily. And more than 200 more go to another clinic inside run by the Mexican government.

Many patients show symptoms of the flu, he said. Others have lice or stomach illnesses — all treatable.

The migrant camp was closed by the Tijuana city government.

The city government of Tijuana announced Saturday that it has closed down a migrant shelter at a sports complex close to the U.S. border that once held about 6,000 Central Americans who hope to get into the U.S.

Some of the migrants living in the sports complex decided to return to Central America because of the conditions at the shelter and failure to get immediate access to the U.S.

Lice and respiratory infections are becoming endemic inside the Benito Juarez sports complex and health workers warn that it’s a matter of ‘when, not if’ an outbreak of serious disease sweeps the scruffy labyrinth of tents and tarps sheltering an estimated 6,000 people.

Tijuana’s Health Department revealed on Thursday that there are cases of migrants suffering from tuberculosis, chickenpox, skin infections, and there is now a risk of an hepatitis outbreak due to the squalid conditions.

The unsanitary conditions in Mexico were likely a breeding ground for diseases which could have infected migrants that are now entering the U.S. illegally.