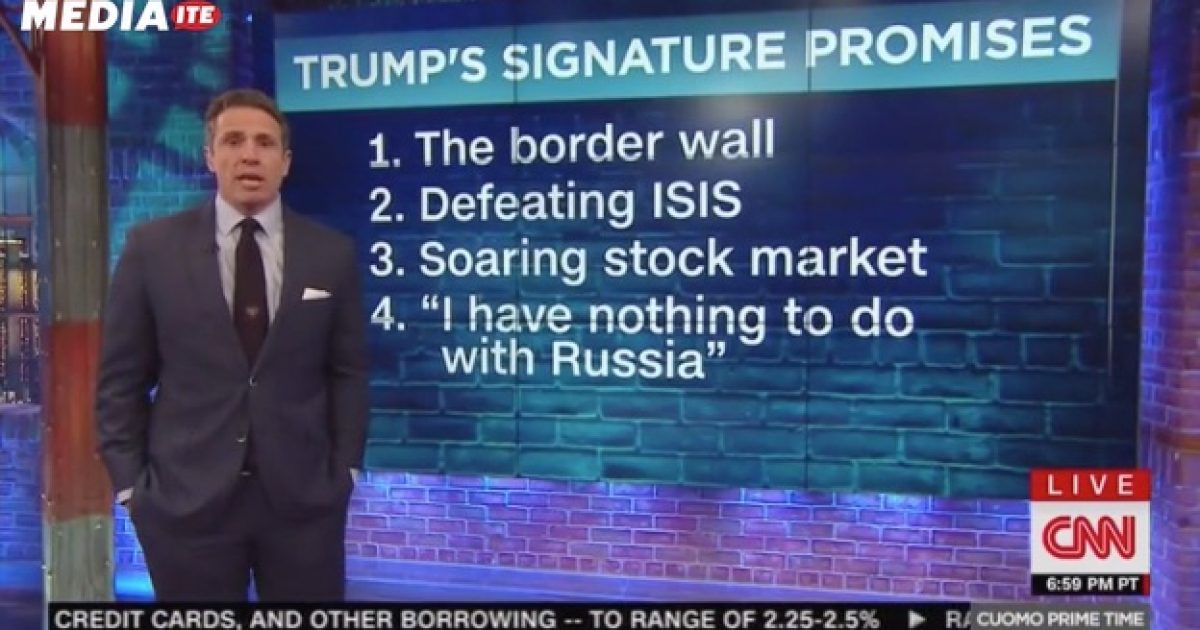 Trump’s top failure, per Cuomo: the border wall, which will not be funded in the next budget, if the president goes along with Senate Majority Leader Mitch McConnell‘s continuing resolution to avoid a shutdown.

“The president seems to be abandoning his pledge to shutdown the government if he doesn’t get funding for the wall,” Cuomo explained, adding Democrats take control of the House in the new Congress — effectively killing the big beautiful wall dream.

The “Cuomo Prime Time” host then explained how and why each one of those vows now seems “to be crumbling.”

Cuomo broke down how Trump had failed to deliver on the construction of a border wall between the U.S. and Mexico, was struggling in his efforts to defeat the self-styled Islamic State terror network, was presiding over a slumping stock market and not making good on his claim he had “nothing to do with Russia.”

While Cuomo cherry picked the issues and ignored many of President Trump’s accomplishments, the president is very vulnerable regarding the border wall.

The border wall is President Trump’s biggest promise and he faces a big political risk if he signs the continuing resolution without funding for the barrier.

Democrats do not want to fund the wall because they want to deny President Trump of his campaign promise.