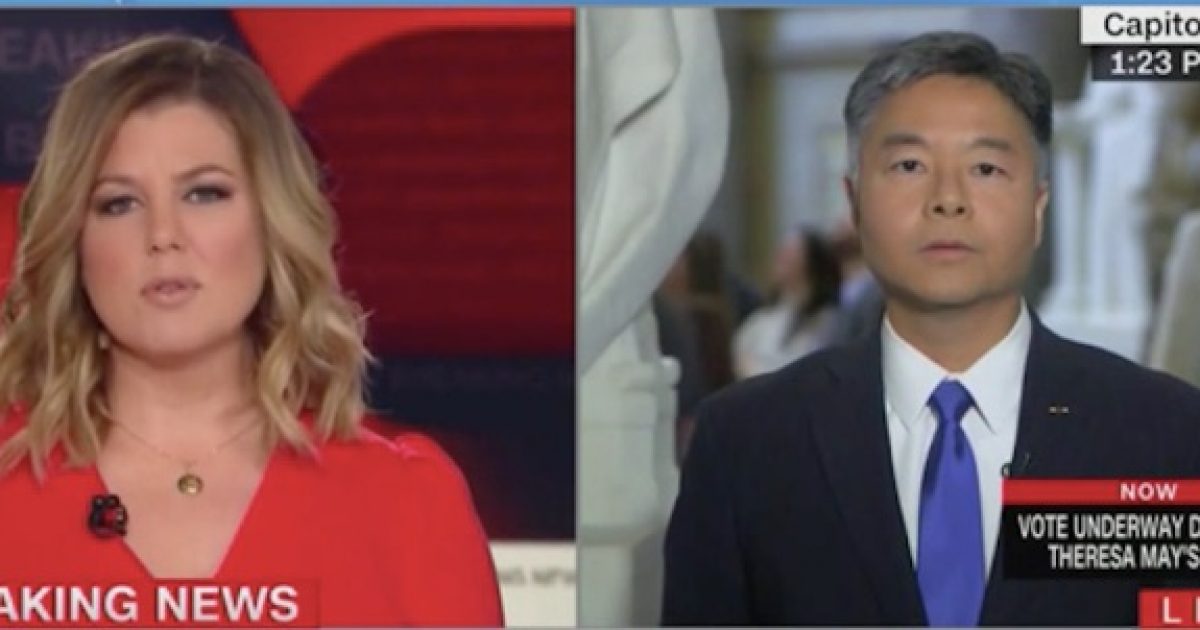 If Democrat California Representative Ted Lieu had his way, he would “regulate the content of speech.”

Lieu made the outrageous comments in a CNN interview over the House Judiciary Committee hearing with Google CEO Sundar Pichai.

Lieu made the comments during an interview about the testimony of Google CEO Sundar Pichai at a House Judiciary Committee hearing, where he dismissed the allegations that the tech giant amplifies negative stories about Republican lawmakers, saying “if you want positive search results, do positive things.”

CNN host Brianna Keilar praised Lieu for his performance but asked whether other Democrats should have used the committee to press Google on conspiracy theories that spread on their platforms.

“It’s a very good point you make. I would love if I could have more than five minutes to question witnesses. Unfortunately, I don’t get that opportunity,” Lieu said of the committee hearings.

I agree there are serious issues, but the speech issues are protected by the First Amendment. Would I like to regulate Fox News? Yes, but I can't because the First Amendment stops me. And that's ultimately a good thing in the long run.

There’s no equivocation of Lieu’s true feelings when it comes to free speech – he wants to control it but that pesky U.S. Constitution is in his way.

Thank goodness for the U.S. Constitution – it protects our liberty to speak freely and protects us from the wishes of politicians like Lieu.