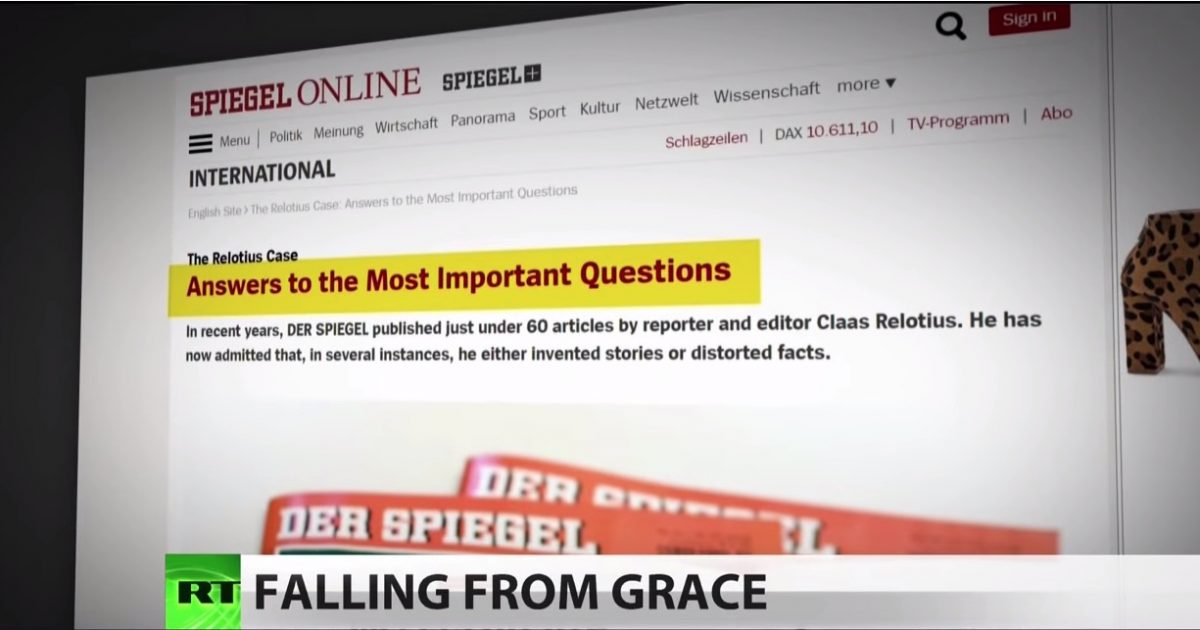 Der Spiegel, a top German magazine, fired a journalist because his news stories were based on fiction, not fact.

A top European news magazine has fired one of its star journalists after discovering that he had fabricated facts and sources in more than a dozen articles over a seven-year period.

“Claas Relotius, a reporter and editor, falsified his articles on a grand scale and even invented characters, deceiving both readers and his colleagues,” Germany’s Der Spiegel said in an article published online Wednesday.

Relotius was an award-winning journalist including getting CNN’s “Journalist of the Year” award in 2014.

In an example of deception, Relotius used real names of people but made up information about them.

Most alarmingly, Relotius appeared to have used real people’s names and identities, then invented details about their lives. He told the story of Maria Rodriguez, the owner of a local Mexican restaurant who had become a Trump supporter after the Affordable Care Act made it more expensive to treat her kidney disease. The real Maria Rodriguez turned out to be a waitress at the restaurant. She had never had kidney disease and was never interviewed by Relotius, she said. Similarly, her son — described in the piece as a 15-year-old named Israel, but in actuality a college sophomore named Pablo — told Krohn and Anderson that the story that Relotius had weaved about his life in Fergus Falls and the prejudice he had encountered at the local high school was completely false.

CNN also reported the magazine will launch an investigation to examine Relotius’ work.

Der Spiegel said it is still combing through the allegations against Relotius and will set up a commission made up of people from both inside and outside the company to investigate his work.

For now, Relotius’ stories will be left unaltered online, but with a notification telling readers that his reporting is under suspicion of extensive forgery and manipulation.

Der Spiegel described what happened with its reporter.

Claas Relotius, a reporter and editor, falsified his articles on a grand scale and even invented characters, deceiving both readers and his colleagues. This has been uncovered as a result of tips, internal research and, ultimately, a comprehensive confession by the editor himself.