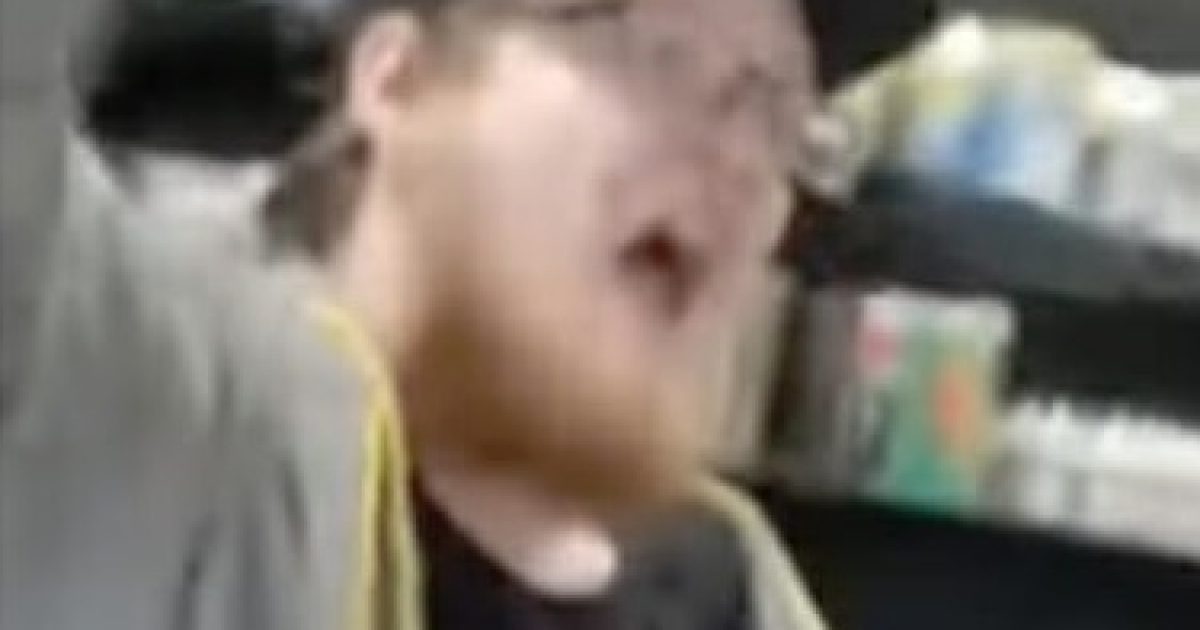 The Trump Derangement Syndrome is real.

The meltdown was caught on video by the customer Ian Furgeson and went viral.

A Georgia vape shop worker launched an explosive rant against a Trump-supporting customer and refused to serve him in a shocking incident all caught on video.

Ian Furgeson, 36, walked into Xhale City in Tucker on Friday to buy some items but quickly bumped heads with the store employee who asked him to leave just minutes after he entered the shop.

Furgeson, sporting a MAGA hat and Trump shirt, then whipped out his phone and began to goad the store clerk.

Eventually the employee loses his temper and tries to hit Furgeson’s phone out of his hand saying: ‘F*** off, f*** off dude. Get the f*** out of here. I f***ing can’t stand y’all racist mother f***ers.’

The profanity-laced meltdown was also witnessed by another customer patiently waiting for service.

The unhinged store clerk was reportedly fired for his outrageous actions and the store issued a statement on social media.

A Facebook page for Xhale City appeared to confirm the firing before the page was deleted altogether, according to News Flare.

‘To our friends and customers, tonight we had an employee act improperly toward a customer. Xhale City does not tolerate this kind of behavior from its employees. When we identified the employee at fault, we fired him immediately,’ the since-deleted post said.

This is one of many examples of Trump supporters enduring the wrath of verbal and physical attacks.