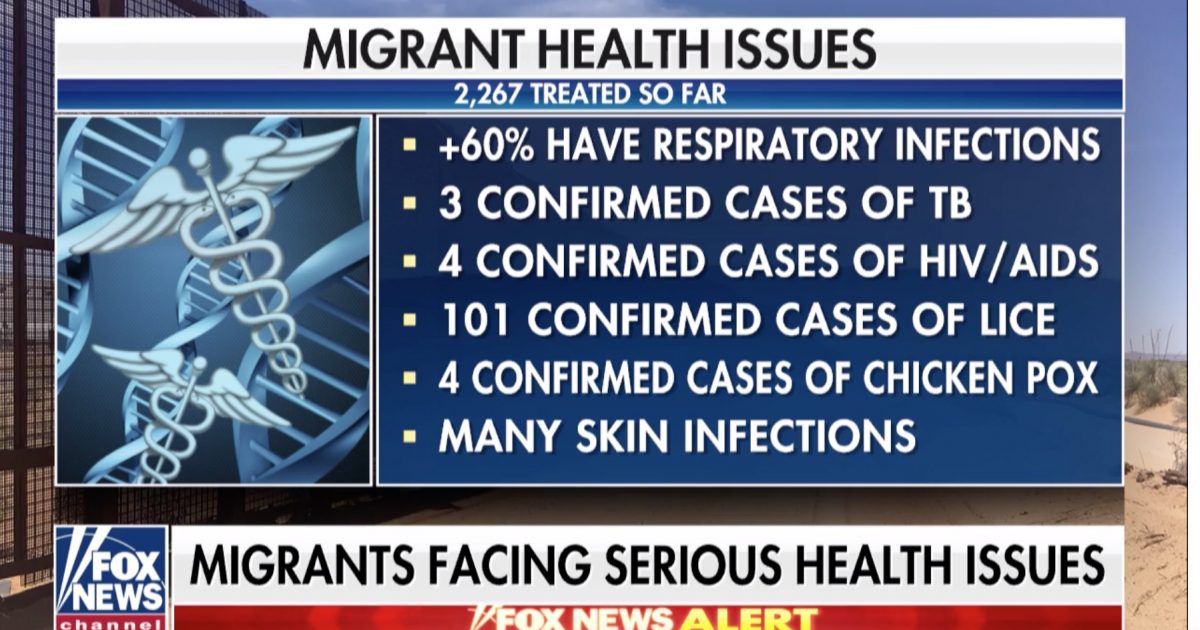 The Tijuana health department is reporting a significant percentage of the caravan migrants are suffering from illness including some with infectious diseases.

The spokesman told Fox News that out of 6,000 migrants currently residing in the city, over a third of them (2,267) are being treated for health-related issues.

There are three confirmed cases of tuberculosis, four cases of HIV/AIDS and four separate cases of chickenpox, the spokesman said.

One infectious disease detected in the caravan was tuberculosis which can easily spread via the air.

TB bacteria are spread through the air from one person to another. The TB bacteria are put into the air when a person with TB disease of the lungs or throat coughs, speaks, or sings. People nearby may breathe in these bacteria and become infected.

Chickenpox can be severe, even for healthy babies and children. Here’s why the #chickenpox vaccine is the best protection against the disease: https://t.co/YNGU28MDcg. pic.twitter.com/hhZYJTSvjT

While the number of individuals with infectious diseases are small, the findings document a public health risk from the migrant caravan.