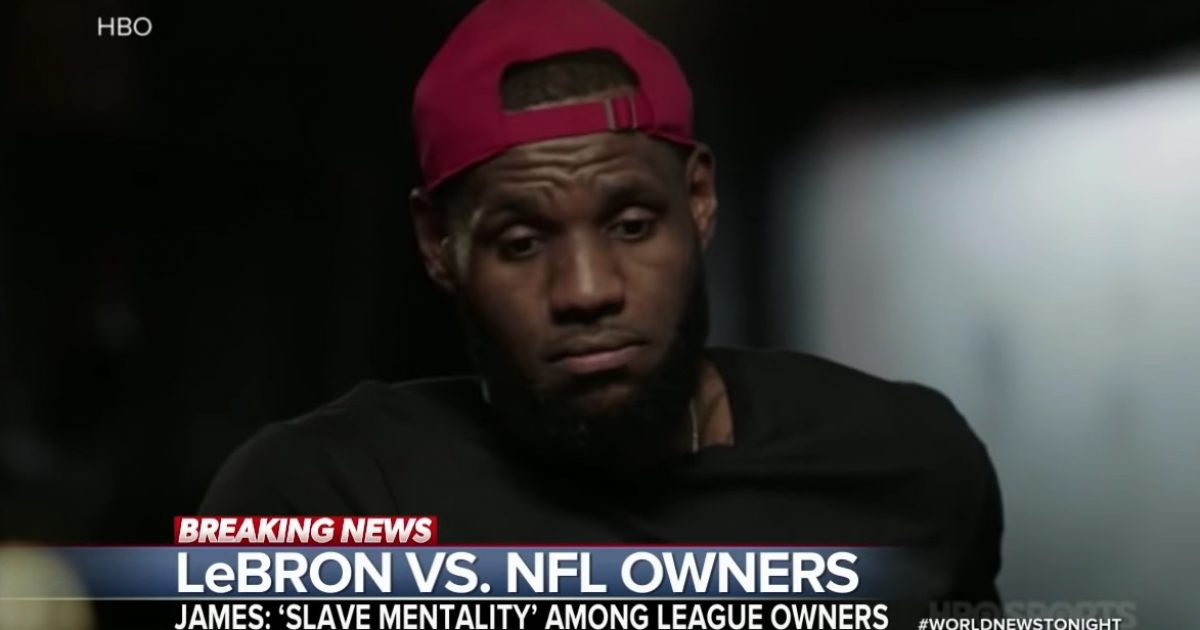 LeBron slammed NFL owners saying they are “a bunch of old white men owning teams and they got that slave mentality.”

The Los Angeles Lakers player made the comments on HBO series, “The Shop.”

“In the NFL, they got a bunch of old white men owning teams and they got that slave mentality,” the three-time NBA champion said, per The Post. “And it’s like, ‘This is my team. You do what the [explicit] I tell y’all to do. Or we get rid of y’all.’ I’m so appreciative in our league of our commissioner [Adam Silver]. He doesn’t mind us having … a real feeling and to be able to express that. It doesn’t even matter if Adam agrees with what we are saying, he at least wants to hear us out. As long as we are doing it in a very educational, non-violent way, then he’s absolutely OK with it.”

James also exclaimed it’s the players, not the owners, “who make the ship go.”

“The players are who make the ship go,” he said. “We make it go. Every Sunday, without Todd Gurley and without Odell Beckham Jr., without those players, those guys, there is no football.”

LeBron James had harsh words for NFL owners on HBO's "The Shop." pic.twitter.com/4GACPHB2Xt

It’s clear LeBron doesn’t understand business. In the business world, there are employees and management.

In sports, the players are employees and are hired to perform a certain task and are paid for executing their job just like a salesman for a company.

Team owners are taking a risk by making substantial financial investments in professional sports teams and players and talent like LeBron become multi-millionaires.

LeBron was way out of line to use the slavery analogy and it sets a horrible example for the children that look up to him.