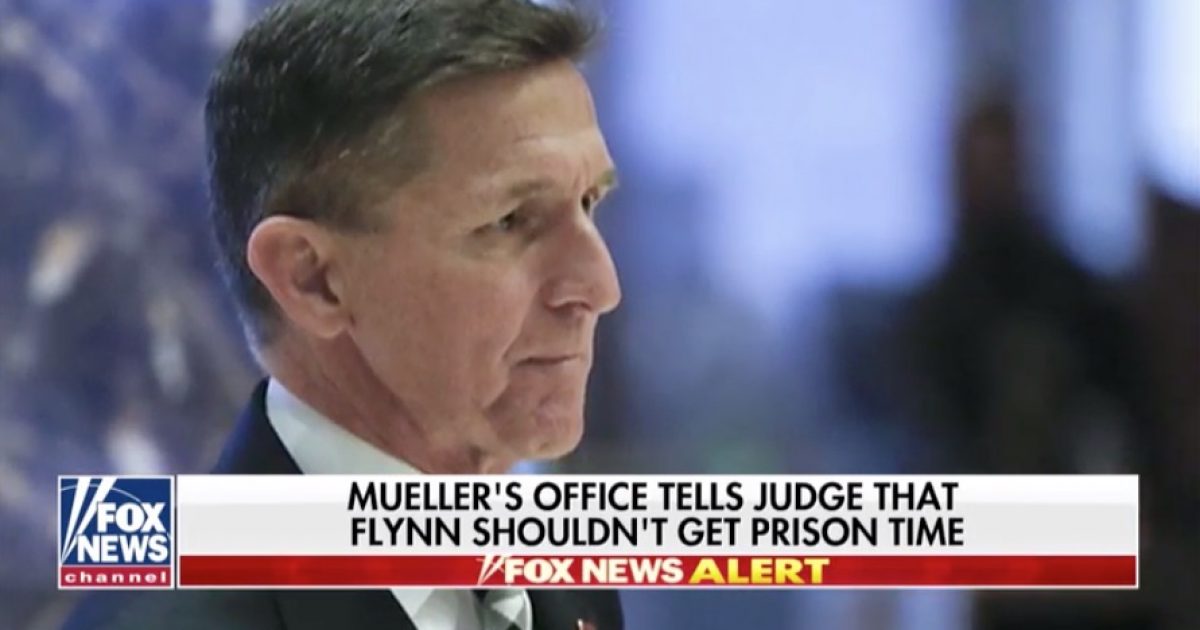 The case against Flynn was not about Russian collusion but it was focused on him lying to the FBI.

Consistent with the entire investigation, the anti-Trump news outlets are trying their best to promote the idea something big and harmful on President Trump will be found.

CNN and The Washington Post played the speculation game.

But there’s a single sentence in the 13-page document that should send shivers down the spine of President Donald Trump and everyone in his inner circle. It’s this: “The defendant deserves credit for accepting responsibility in a timely fashion and substantially assisting the government.”

More speculation laying out the possibility that President Trump could be a “target” of the Mueller investigation.

To be clear: There is ZERO evidence in either the sentencing document or the addendum to it that suggest Trump himself is a focus of any of these investigations. We can’t say the President isn’t a target — because this is an ongoing series of investigations the details of which Mueller is working hard to keep under wraps — but we can’t say he is one either.

CNN was not alone in playing the speculation game.

The sentencing filing, which recommended as little as no prison time for President Trump’s former national security adviser in light of his “substantial” cooperation, was heavily redacted. It didn’t lay out any actual evidence that Flynn provided and alluded only to a few general topics.

But a few sections stick out — and reinforce the idea that Flynn cooperated substantially and that he might help Mueller produce substantial results.

The memo isn’t a “smoking gun” showing President Trump colluded with Russians to win the 2016 presidential election or did anything else illegal. In fact, the memo isn’t even a squirt gun. In terms of President Trump’s conduct, it amounts to nothing of any significance.

The media is not reporting facts but is pushing a list of maybes and could be’s and by doing so, it’s showing their anti-Trump bias.