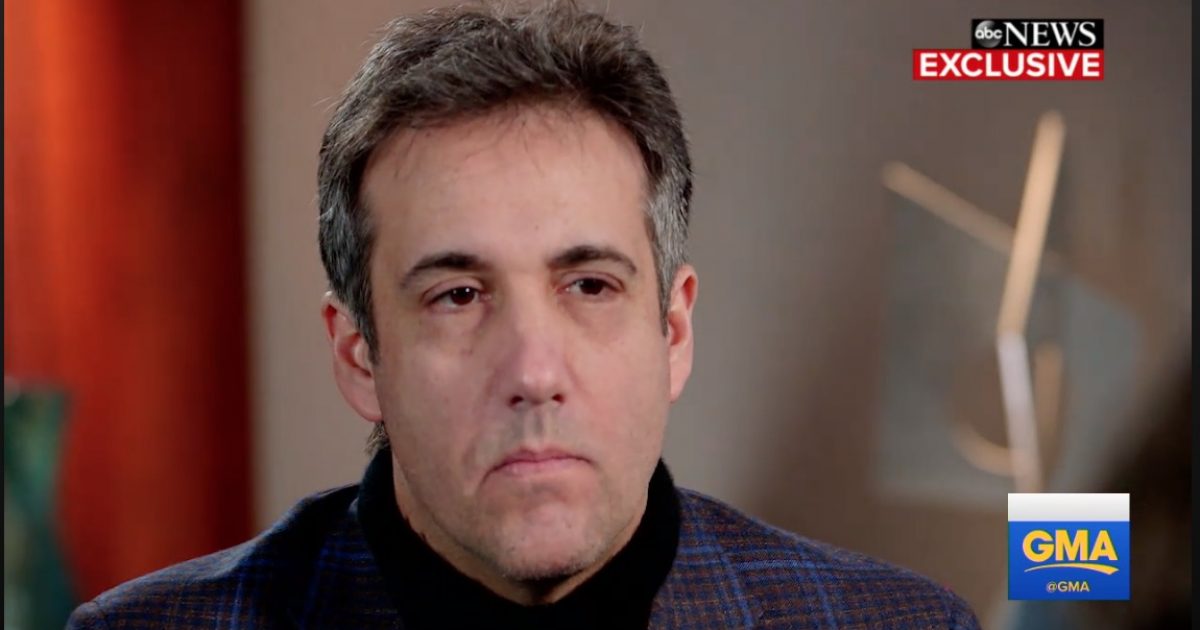 Michael Cohen, President Trump’s onetime lawyer and fixer, says his former boss knew it was wrong to order hush money payments made during the 2016 presidential campaign to two women who say they had affairs with Trump — but he directed Cohen to do it anyway to help his election chances.

Cohen also said in an interview with ABC News that aired Friday that the president’s repeated assertions that Cohen is lying about the payments and other aspects of his work for Trump were false.

Cohen’s interview followed a judge’s decision to fine him and send him to prison for three years.

I never directed Michael Cohen to break the law. He was a lawyer and he is supposed to know the law. It is called “advice of counsel,” and a lawyer has great liability if a mistake is made. That is why they get paid. Despite that many campaign finance lawyers have strongly……

Before he goes to prison in March, Cohen will be doing numerous interviews to try to protect his own interests and slam President Trump.