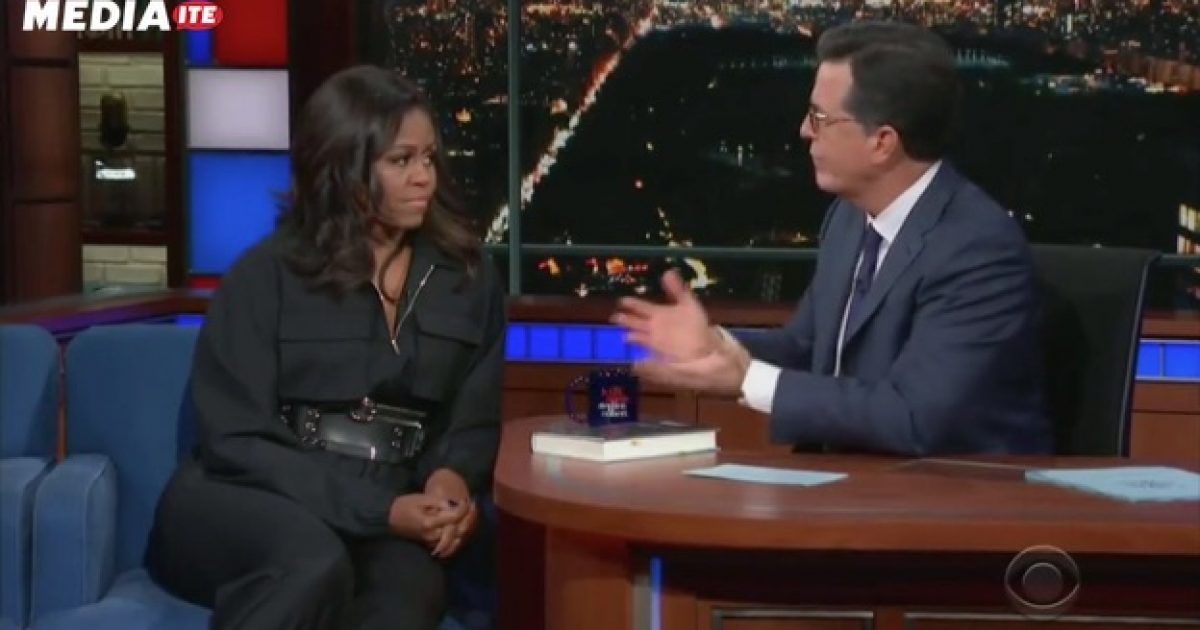 Appearing on “The Late Show with Steven Colbert,” former First Lady Michelle Obama said being the first black family in the White House added an additional level of pressure “to be perfect.”

“When you’re the first of anything, the bar feels higher,” Mrs. Obama said. “You don’t have room to make mistakes.”

She added that when she left the White House for the last time she cried for about 30 minutes straight.

“It was just the release of eight years of feeling like we had to do everything perfectly, that there wasn’t a margin of error, that we couldn’t make mistakes, that we couldn’t slip, that our tone had to be perfect,” she said.

Mrs. Obama is promoting her new book, “Becoming,” on a national book tour:

What a week! From Chicago to Los Angeles to DC, I want to thank every one of you for picking up the book, diving into the pages, and sharing your stories along the way. Your photos and reflections on your own journeys have been so fun—keep them coming! #IAmBecoming pic.twitter.com/k7Yu8WN2Wl

And in an interview with Oprah:

Oh yes, she went there. This is the no-holds-barred interview with @MichelleObama, in its entirety – with exclusive footage not yet aired on television. Watch on the SuperSoul Facebook this Sunday at 11am ET. #IAmBecoming pic.twitter.com/y6UqPJOUzz

“Becoming” is the biggest hardcover book this year.

Michelle Obama’s “Becoming” is the best-selling hardcover book of 2018.

The former first lady’s memoir has sold more than 2 million copies in all formats in North America in its first 15 days, according to a statement released Friday by Penguin Random House. Now in its sixth printing, the book has 3.4 million copies in print in the United States and Canada.

Whatever pressure Mrs. Obama felt as the first black family in the White House, she successfully leveraged her past role into a best selling book and multimillionaire.