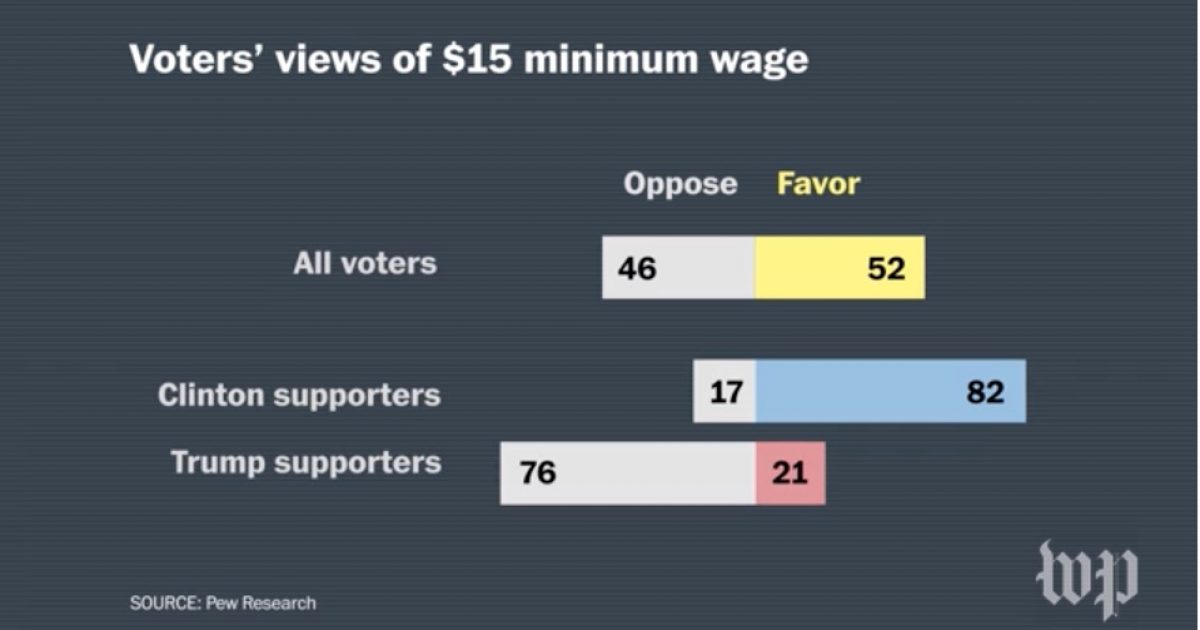 Economists studying the $15 an hour minimum wage in Seattle, Washington, found the hike in wages backfired.

The study commissioned by Seattle reported the costs to workers exceeded the benefits.

The city is gradually increasing the hourly minimum to $15 over several years. Already, though, some employers have not been able to afford the increased minimums. They’ve cut their payrolls, putting off new hiring, reducing hours or letting their workers go, the study found.

The costs to low-wage workers in Seattle outweighed the benefits by a ratio of three to one, according to the study, conducted by a group of economists at the University of Washington who were commissioned by the city. The study, published as a working paper Monday by the National Bureau of Economic Research, has not yet been peer reviewed. On the whole, the study estimates, the average low-wage worker in the city lost $125 a month because of the hike in the minimum.

The story notes the study is not going to end the debate on the minimum wage.

Boosting the minimum wage is a favored policy by far Left politicians.

Raising the minimum wage to $15 by 2024 would generate $144 billion in higher wages, stimulating local economies.

Raising the minimum wage would have a profound impact on nearly 1 million workers in New Jersey.

The time is now for a $15/hour minimum wage. pic.twitter.com/6NWcc8GRRH

Liberal policy ideas such as boosting the minimum wage have consequences that end up backfiring on low-wage workers and their employers.