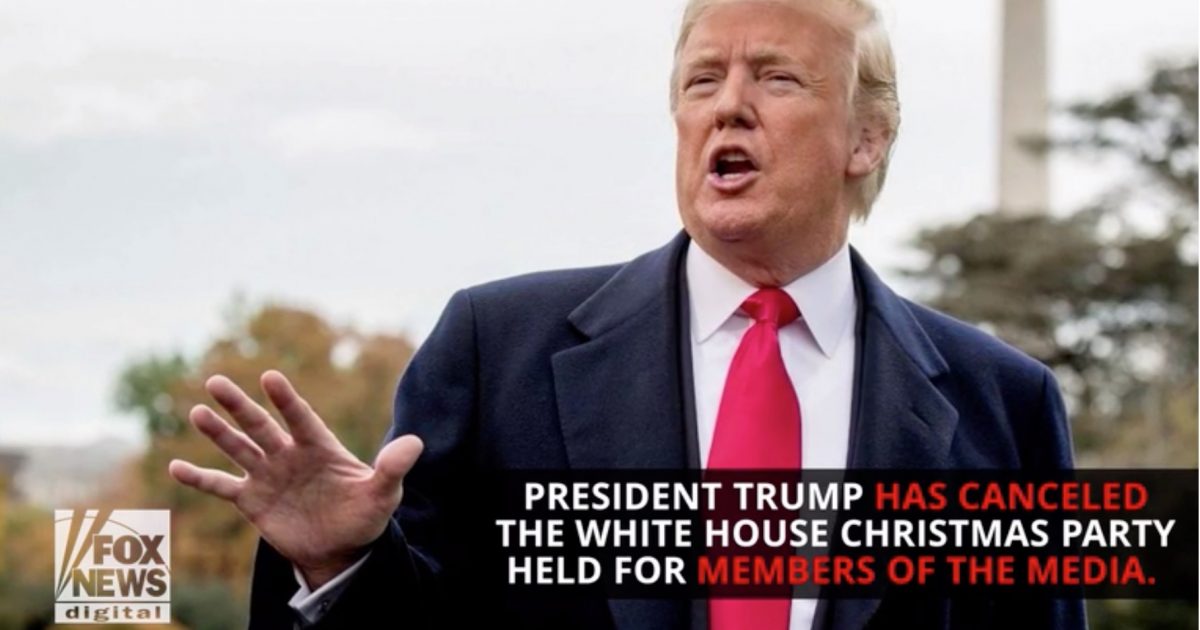 The media is not going to the White House for a Christmas party this year – President Trump canceled the event.

No explanation was given for canceling the Christmas party.

The White House holiday event was a big deal for the media.

The annual Christmas-season gathering was a significant perk for those covering the White House, as well as other Washington reporters, anchors and commentators, and New York media executives would regularly fly in for the occasion. At its peak, the invitation-only soirees grew so large that there were two back-to-back events, one for broadcast outlets and one for print organizations.

Journalists who attended the events, which featured a catered buffet of lamb chops, crab claws and elaborate desserts, got to roam the decorated mansion with a spouse or other family member, a friend or a colleague, adding to the invitation’s allure.

The story adds that a big perk of the event was picture taking with the president and First Lady Melania Trump.

The response from the media was predictable.

“The View” mocked the decision:

FYI, I had never planned to attend the White House Christmas party last year or this year. Why break bread with folks who hate you & call you names? (@PressSec & @realDonaldTrump) That is not the Christmas spirit I know. I feel sorry for those who wanted to go and can't. SAD!

The media hates President Trump and there is no reason for him to celebrate Christmas with them given their hostility.