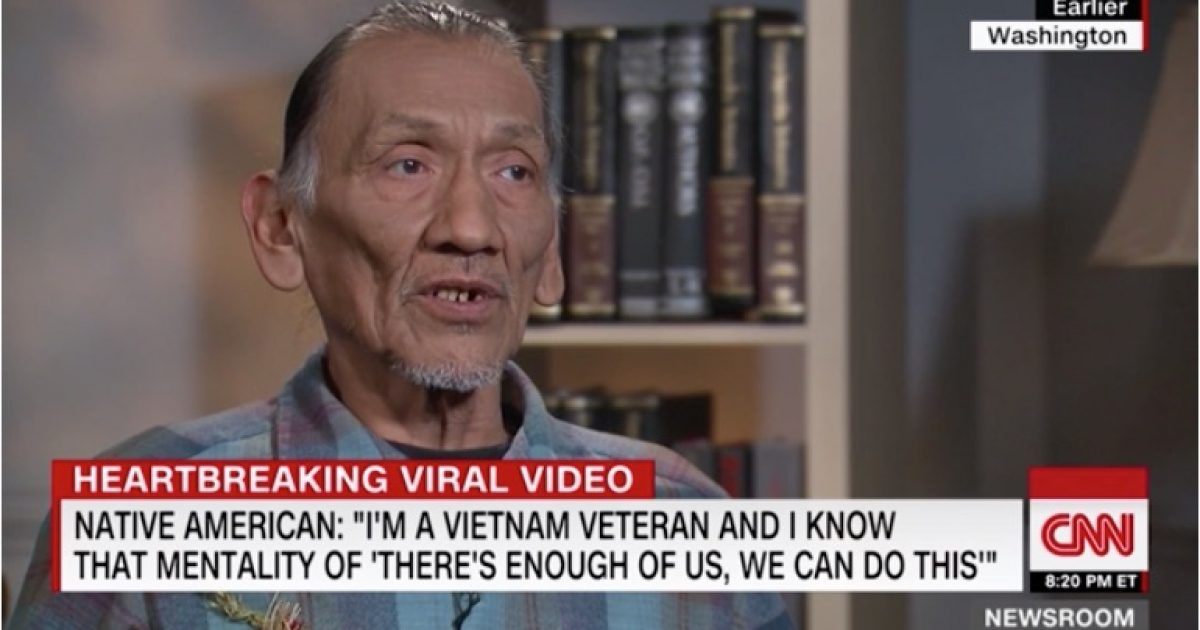 Nathan Phillips tried to disrupt a Catholic church Vigil Mass at the Basilica of the National Shrine of the Immaculate Conception in Washington D.C., on the evening of his encounter with the Covington Catholic High School students.

The group was stopped by security.

While chanting and playing ceremonial drums, a group of Native American rights activists reportedly led by Nathan Phillips attempted Jan. 19 to enter Washington, D.C.’s Basilica of the National Shrine of the Immaculate Conception during a Saturday evening Mass.

The group of 20 demonstrators was stopped by shrine security as it tried to enter the church during its 5:15 pm Vigil Mass, according to a shrine security guard on duty during the Mass.

“It was really upsetting,” the guard told CNA.

Phillips is a professional activist and he is going to great lengths to get attention.

He was the instigator at the encounter with the high school students and Phillips leveraged the attention to generate multiple news stories about himself.

That’s what activists do – execute stunts for attention.

Philips was interviewed on CNN where he claimed he was a peacemaker.

CNN: Were you trying to calm the situation down basically when you saw kind of things seemed to spiral out of control?

Phillips: I think so. I think that was the push, that we need to use the drum, use our prayer and bring a balance, bring a calming to the situation. I didn’t assume that I had any kind of power to do that, but at the same time, I didn’t feel that I could just stand there anymore and not do something. It looked like these young men were going to attack these guys. They were going to hurt them. They were going to hurt them because they didn’t like the color of their skin. They didn’t like their religious views. They were just here in front of the Lincoln — Lincoln is not my hero, but at the same time, there was this understanding that he brought the (Emancipation Proclamation) or freed the slaves, and here are American youth who are ready to, look like, lynch these guys. To be honest, they looked like they were going to lynch them. They were in this mob mentality. Where were their parents? Because they were obvious a student group. Where were their–

Finally, by recent accounts, Phillps did not serve in Vietnam.

Phillips was a USMC Reservist who never left the U.S., and went AWOL numerous times. pic.twitter.com/ob2KnEwnSZ