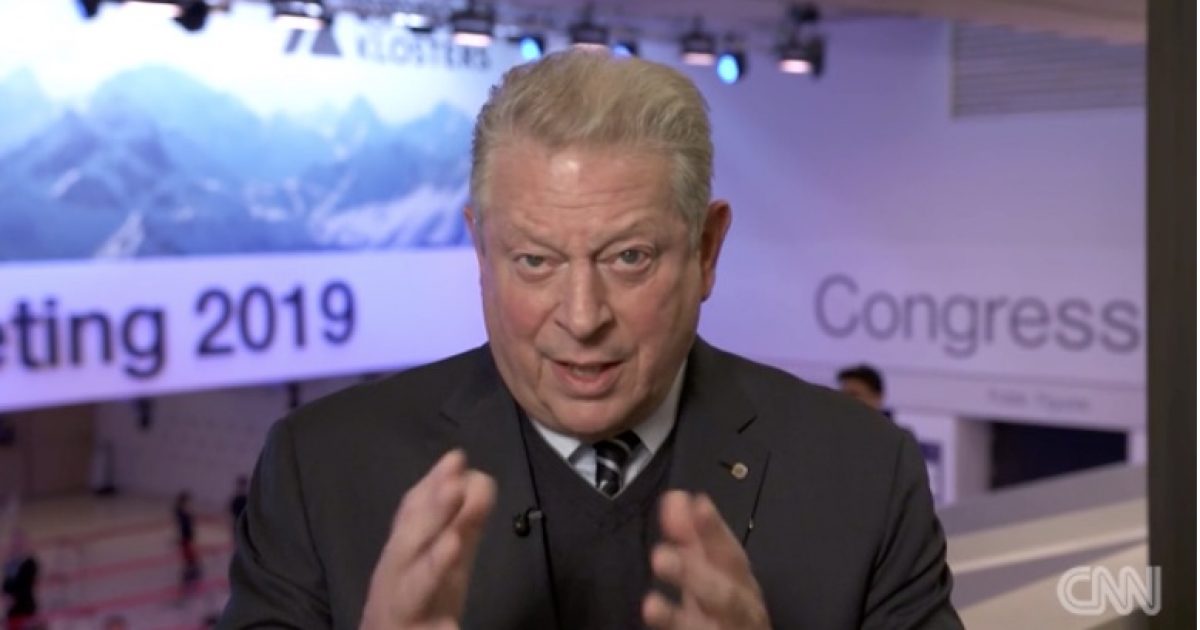 “The five hottest years ever measured have been in the last five years,” the former Vice President tells Christiane Amanpour. “Donald J. Trump has become the global face of climate denial.”

Gore said the so-called dry corridor, which includes El Salvador, Guatemala, and Honduras, “is the most vulnerable region in the world to global warming.”

Extreme weather and drought are two ways the climate crisis exacerbates the growing refugee and security crises around the world. Solving these crises requires action to solve the climate crisis. https://t.co/XDWWBXEaPI

Gore’s Tweet promoted a study on climate change by the Pentagon.

The most comprehensive study done to assess the link between climate change, war and migration has confirmed that the warming planet is fueling conflicts that lead to more refugees.

The conclusions published Wednesday in a scientific journal underscore the rising levels of anxiety that global warming has among leaders. Attendees at this year’s World Economic Forum in Davos, Switzerland, said the inability to adapt to higher temperatures is the biggest global risk. A Pentagon report published on Tuesday in Washington warned that rising seas and more frequent wild fires threaten U.S. security.