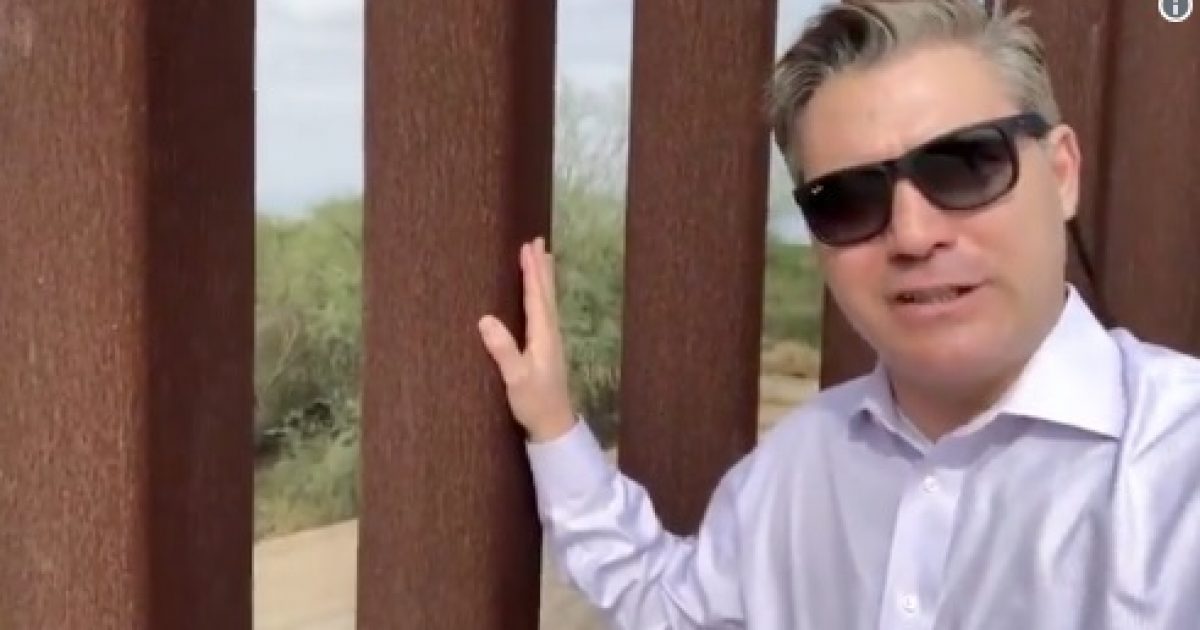 President Trump traveled down to the southern border to get first-hand information about border security.

Unsurprisingly, the media followed the president to Texas to report on the trip and border security.

CNN White House Correspondent Jim Acosta, who frequently clashes with President Trump, traveled down to the southern border to report on the trip by the president.

The report by Acosta did not turn out as planned. His conclusion that there was no sign of a crisis at the border was undermined by the fact he did the report behind a steel barrier.

Acosta described the scene at the southern border as “tranquil” Thursday afternoon where part of a physical barrier is already in place ahead of President Trump’s visit. The White House correspondent, who often butts heads with Trump, showed the steel slats at the McAllen, Texas, area of the border in a video posted to Twitter and said that he did not see any sort of activity “resembling a national emergency situation.”

In his video, Acosta had also said, “As we are walking along here, we are not seeing any sort of imminent dangers, there are no migrants trying to rush toward this fence.”

Watch the video below.

I found some steel slats down on the border. But I don’t see anything resembling a national emergency situation.. at least not in the McAllen TX area of the border where Trump will be today. pic.twitter.com/KRoLdszLUu

….The only reason they do not want to build a Wall is that Walls Work! 99% of our illegal Border crossings will end, crime in our Country will go way down and we will save billions of dollars a year! A properly planned and constructed Wall will pay for itself many times a year!

Acosta is proving President Trump’s point about the need for the wall and it didn’t take long for folks on social media to mock Acosta.

The response on social media to Acosta’s report was brutal.

Jim Acosta just posted one of the biggest self owns ever.

He's walking along the border where there's a wall in place talking about how there's nothing that "resembles a national emergency situation" and "there's no migrants trying to rush."