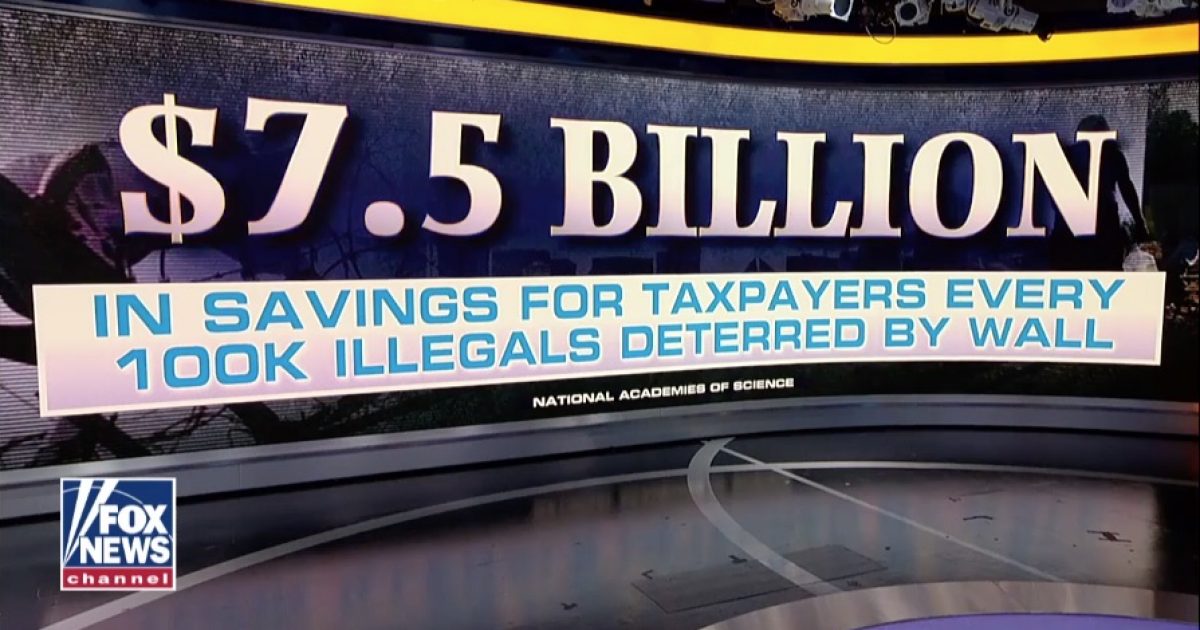 There is a crisis at the southern border but at this point, politics is preventing a solution to the problem.

President Trump wants funding for a border wall to help stop the surge of illegal aliens and drugs coming across the border but Democrats are unwilling to fund the barrier.

With parts of the federal government shut down over what has morphed into the defining symbol of Trump’s presidency, administration officials are clamoring louder than ever. Only this time, they face a bona fide emergency on the border, and they’re struggling to make the case there’s truly a problem.

Record numbers of migrant families are streaming into the United States, overwhelming border agents and leaving holding cells dangerously overcrowded with children, many of whom are falling sick. Two Guatemalan children taken into U.S. custody died in December.

In a letter to lawmakers Friday, the White House and the Department of Homeland Security made a fresh appeal to amend immigration laws they denounce as “legal loopholes” and blame for creating a “border security and humanitarian crisis.” But the chance of reaching consensus for such technical fixes to U.S. immigration statutes is growing more remote, buried by the pitched battle over a structure new House Speaker Nancy Pelosi (D-Calif.) calls “immoral.”

With both sides entrenched, there has been little bipartisan urgency to examine the relatively narrow set of legal and administrative changes that could potentially make a difference in slowing illegal migration or improving conditions for families who arrive at the border.

The data shows a surge of immigrants trying to get into the U.S. illegally.

U.S. Customs and Border Protection says 521,090 foreigners were either apprehended or turned away at the long, porous U.S. border with Mexico in Fiscal Year 2018, which ended in September.

Importantly, some of those caught were from countries where radical Islamists are present.

A Fox News story highlighted how much a wall would save taxpayers (watch video).

By not agreeing to fund the construction of a wall on the southern border, Democrats are putting politics before security.