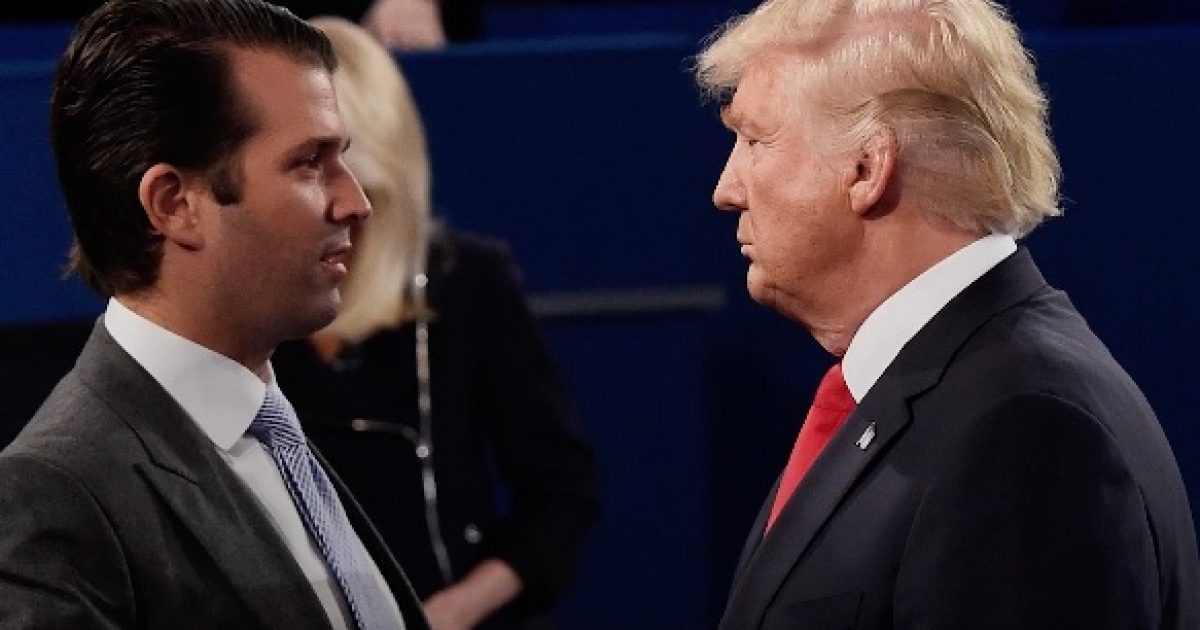 Now that Democrats are in control of the U.S. House of Representatives, plans are underway to go after President Trump and those associated with him.

Democrats are gearing up to launch an investigation of the president’s son, Donald Trump Jr., and “have accused him of not being forthcoming” during previous talks over the Russia probe.

Speier has talked about subpoenaing Trump Jr. and White House senior adviser and the president’s son-in-law, Jared Kushner, since at least last month.

Speier told CNN on December 7, “I think they will be subpoenaed if they don’t come voluntarily.” She said the committee would try to make as many hearings public as possible.

“We want to hear from I think a number of people that we have already interviewed,” she told CNN. “All of the phone bills and phone calls made and all of the direct messages and the emails that were never subpoenaed need to be subpoenaed for the primary persons that were part of the Trump orbit and campaign.”

Trump Jr. spoke to the committee in 2017, but Democrats have accused him of not being forthcoming.

While the House investigation over possible Russian and Trump campaign collusion were completed in 2018, Democrats, once in control of the House, vowed to resurrect the investigation.

Speier said she expects that special counsel Robert Mueller’s investigation into any collusion would connect the dots “in a way that shows that there were people that were treasonous, there were people that were clearly conspiring to affect the election with the Russians, and it will go down in history as one of the real black eyes in our country.”

Prior to regaining control of the House, Democrats made numerous warnings and comments to disparage and discredit President Trump and his associates.

Speaker of the House Nancy Pelosi (D-CA), warned in a Tweet that President Trump will face challenges now that Democrats gained control of the House:

.@realDonaldTrump has given Democrats a great opportunity to show how we will govern responsibly & quickly pass our plan to end the irresponsible #TrumpShutdown – just the first sign of things to come in our new Democratic Majority committed to working #ForThePeople. https://t.co/CGl1euCotB

Now Chairman of the House Intelligence Committee Representative Adam Schiff (D-CA) said during an interview in December on “Face the Nation,” that President Trump could face jail time over campaign finance violations after he leaves office.

“My takeaway is there’s a very real prospect that on the day Donald Trump leaves office, the Justice Department may indict him — that he may be the first president in quite some time to face the real prospect of jail time,” Schiff said on “Face the Nation” Sunday.

Schiff referenced a court filing by the U.S. attorney for the Southern District of New York on Friday which recommended a “substantial” prison sentence for Mr. Trump’s former attorney Michael Cohen, who prosecutors said violated campaign finance law “in coordination with and at the direction” of the president. Mr. Trump has repeatedly denied any wrongdoing.

Schiff said the court documents suggest that the “president of the United States not only coordinated, but directed an illegal campaign scheme” to alter the outcome of the 2016 election. Asked if the revelations in the filings meet the standard for an impeachable offense, Schiff demurred and said more investigative work needs to be completed by the House Intelligence Committee and special counsel Robert Mueller, particularly on any possible collusion or coordination between Trump campaign associates and the Russian government.

Democrats are flexing their muscle through power obtained by taking over the House of Representatives to damage President Trump, his family, and associates.