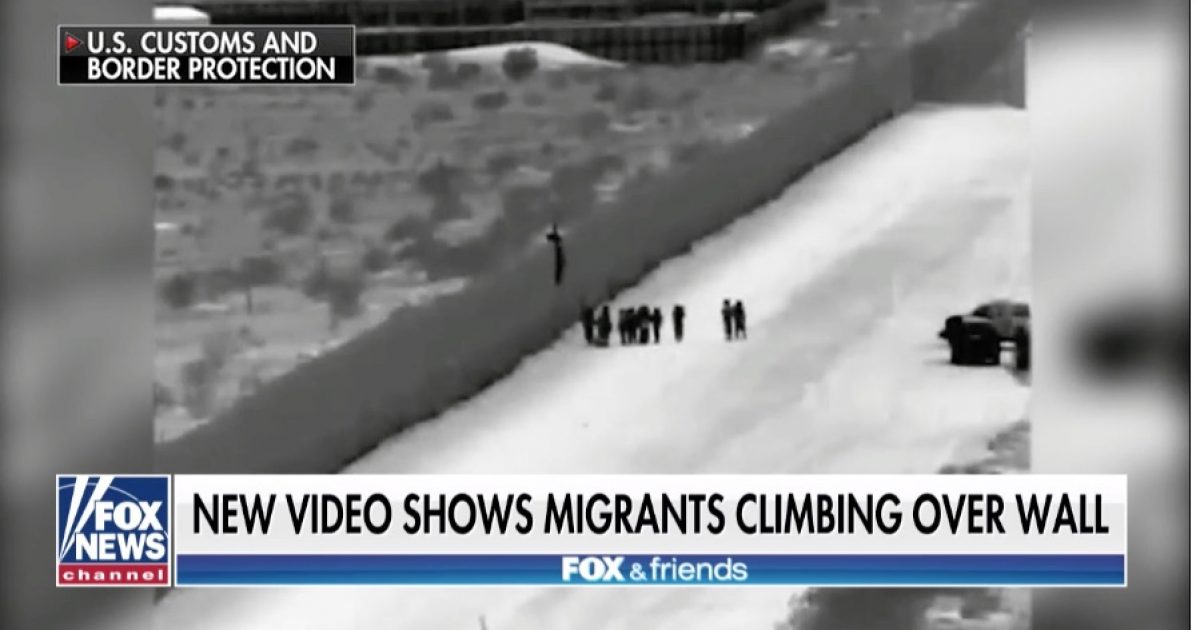 Video from U.S. Customs and Border Protection in Arizona show a group of over 100 migrants illegally entering the U.S. by climbing over the border fence with the help of a smuggler carrying a ladder.

In the video, which is 55-seconds long, a group of illegal immigrants can be seen scaling the wall with the help of a smuggler, who used a ladder.

The smuggler then runs away from the border wall, hauling the ladder.

The U.S. Customs and Border Protection shared the video of illegal migrants climbing over the border fence in Arizona:

On Monday #CBP #YumaSector Border Patrol agents apprehended a group of 110+ Central Americans who illegally scaled the wall with the assistance of a smuggler with a ladder #NationalSecurity #SouthwestBorder pic.twitter.com/T19JzI3xeC

The recent incident follows hundreds of more illegal immigrants that were recently captured after digging under an old part of the fence in Arizona.

More from the Fox News story:

Since the shutdown began, border officials in the Rio Grande Valley Border Patrol Sector in Texas have arrested over 14,000 illegal immigrants and confiscated over 14,000 pounds of marijuana and 800 pounds of cocaine, border patrol sources told Fox News.

Since October, authorities have also arrested more than 100 people believed to be El Salvadorian gang members in the same sector, the same sources added. The notorious MS-13 gang that originated in Los Angeles prisons before infiltrating the rest of the U.S. is mainly comprised of El Salvadorans.

The U.S. Customs and Border Protection issued a press release regarding the capture of two MS-13 gang members after they illegally entered the U.S.

Despite the hard evidence of illegal immigrants and MS-13 gang members entering the U.S, the anti-Trump media and Democrats are downplaying the crisis at the southern border.