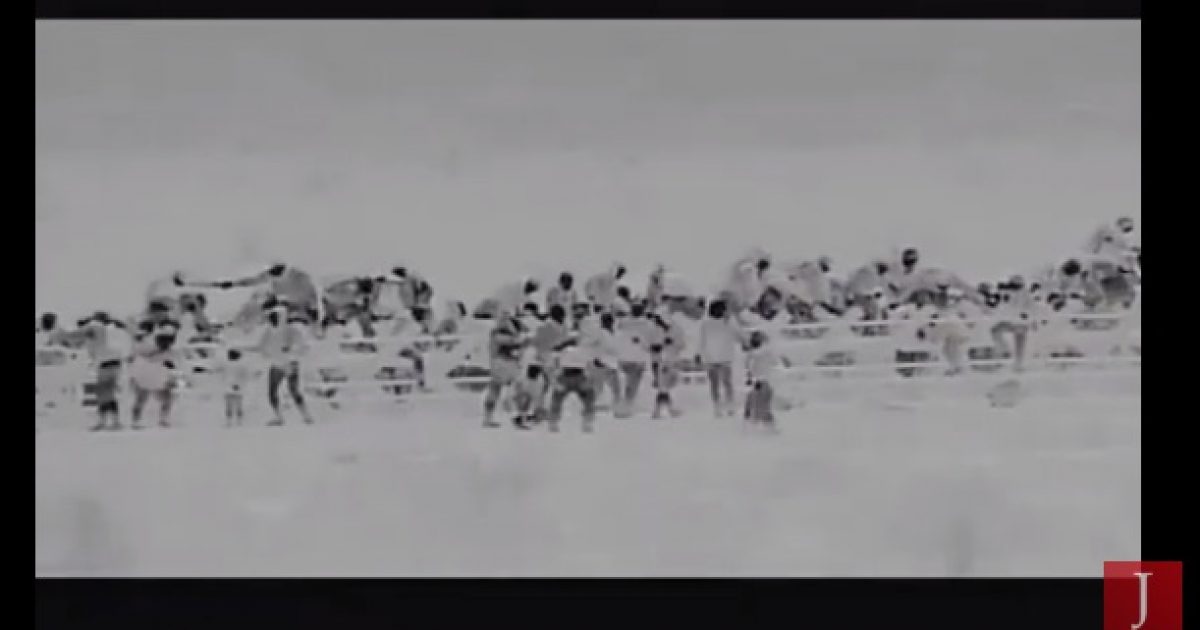 A surge of illegal migrants are targeting a remote area of New Mexico that has a minimal border barrier to gain access to the U.S.

In the Border Patrol’s El Paso Sector, which includes New Mexico and far West Texas, more than 24,000 migrants were arrested for illegally crossing the border between Oct. 1, the beginning of the government’s fiscal year, and Christmas. That compares with 4,849 between October and December 2017.

The story notes the section of the southern border has a border barrier that provides minimal protection from illegal entry.

Official statistics aren’t available for this barely populated area of New Mexico, but agents say groups of 100 or more migrants have crossed the border there at least 25 times since October. They typically cross at night, easily passing a steel barrier intended to stop cars, not people. Adults can simply lift small children over it.

In Antelope Wells, there isn’t the fencing or manpower to prevent crossings and migrants requesting asylum begin the process in a matter of hours. The U.S. military hasn’t hardened security here, as it has at other border crossings.

Aaron Hull, the El Paso Sector’s chief patrol agent, said the dramatic rise in illegal crossings at Antelope Wells takes all the attention of his small staff there and limits their ability to patrol for drug smugglers and other criminals.

In Hachita New Mexico, a tiny town close to Antelope Wells, New Mexico, residents are increasingly frightened about the surge in illegal migrants coming across the border.

Amanda Adame who lives on a cattle ranch described her concerns in a Santa Fe New Mexican news story.

Adame’s nearest neighbor is six miles away. Migrants regularly cross her ranch. She knows because she finds backpacks, blankets, shoes and water bottles — “oh, the water bottles” — all the time.

A few years ago, while checking the water tanks on her ranch, she saw movement near a distant tank. She stopped, looked through her binoculars and saw eight men wearing camouflage gear with rifles over their shoulders. She turned around. She hoped they wouldn’t follow her home.

“By the time they get to my house the Border Patrol is not going to catch them,” she said. “There’s too much space.”

“Every time we hear that asylum seekers have turned themselves in, when it’s 100 people or more, they’re pulling the Border Patrol off the road,” Adame said. “So the drug cartels are coming in. The Border Patrol is not catching them. Those guys are the bad guys.

A recent news story verifies the concern that the surge of illegal migrants are serving as a distraction allowing for drug smugglers.

The Border Patrol released more information about that group Friday, saying that the crossing had been timed to serve as a distraction so illegal drugs could be moved across the border just west of Antelope Wells.

“Criminal organizations continue to exploit the loopholes in immigration law to distract agents with large groups of smuggled aliens in an attempt to move their contraband through a different area,” according to the statement issued by the Border Patrol’s El Paso sector, which includes all of New Mexico.

These news stories illustrate the need for a secure border barrier that will help mitigate illegal entry into the U.S.