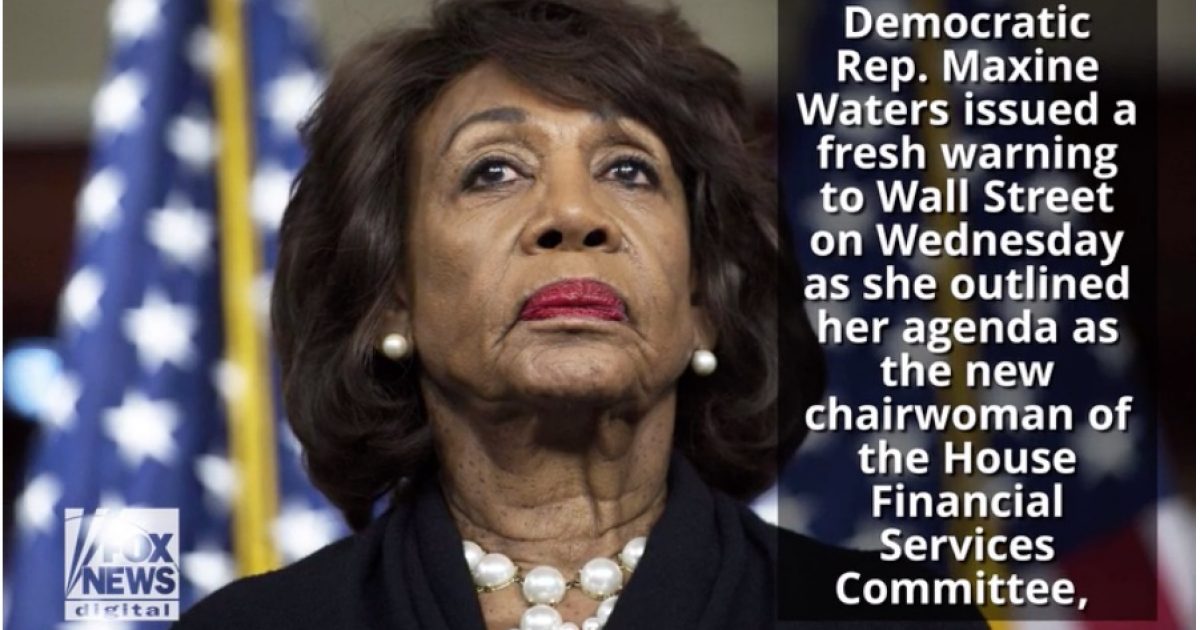 Democrat California Representative Maxine Waters is taking on the big banks but her campaign is facing legal questions.

Waters promised to examine the banking industry if the Democrats took over the House of Representatives and as Chairwoman of the Financial Sevices Committee, she is keeping her commitment.

The hearing before the House Financial Services Committee marks an opening salvo in House Democrats’ plans to put the industry back in Washington’s crosshairs. It is expected to include the chief executives of JPMorgan Chase & Co., Citigroup Inc., Bank of America Corp., Goldman Sachs Group Inc., Morgan Stanley and Wells Fargo & Co.

Rep. Maxine Waters, the new chairwoman of the financial-services panel, has pledged to review the activities of the banking sector. In a speech last week, the California Democrat said she planned to hold many hearings on the biggest banks.

Two big bank CEOs have already met with Waters in preparation for the House to look into their industry.

Dimon and Solomon visited Washington to give Waters their perspectives on a wide range of topics, including where they stand on the economy, and left the door open to a continued dialogue with her, these people said on the condition of anonymity. It was unclear what specific ideas and concerns they expressed to Waters, a California Democrat who has vowed sharp scrutiny of Wall Street and its practices.

Waters’ campaign is facing questions about money sent to her daughter’s public relations firm and other matters.

The Citizens for Waters report to the Federal Election Commission from Dec. 11 lists $183,022 in debt to her daughter Karen Waters, who is in charge of distributing “slate mailers.”

The mailers have faced scrutiny since 2010 because the campaign, beginning in 2004, has paid Waters’ daughter or her public relations firm Progressive Connections to produce, print and mail the sample ballots. Watchdog groups have raised questions about the propriety of campaign funds financially supporting a family member, as well as Waters raising contributions in excess of federal limits through an unusual process. Since 2004, the campaign has paid the younger Waters almost $1 million, based on previous news reports.

Waters is going to investigate the banks which fit with the Democrat’s agenda of attacking capitalism.

Meanwhile, it looks like Waters needs to answer some questions about her own campaign.