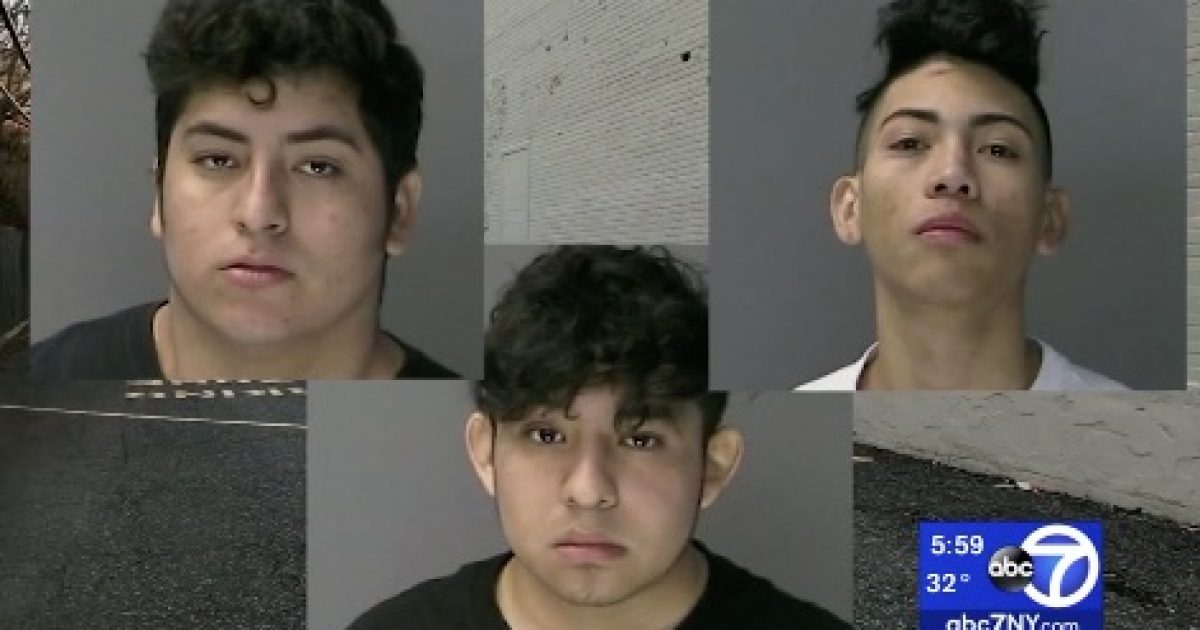 A Long Island teenager was allegedly stabbed by one of three illegal alien MS-13 gang members that were involved in the incident.

All of those involved in the altercation attended Huntington High School.

The 16-year-old victim told police he was at the fast-food restaurant with friends when six of his classmates from Huntington High School entered and began staring at them menacingly.

Feeling uncomfortable, the victim and a friend left, and the three gang members followed them, wielding bats and knives, police said.

An altercation broke out in the parking lot, and that’s when 19-year-old Ramon Arevalo Lopez allegedly stabbed the victim in the back. Another 16-year-old boy suffered a minor injury in the fight.

The stabbed teen was treated at a local hospital and the injury was not life-threatening.

All three are MS-13 gang members and entered the U.S. illegally. Two of the individuals were previously held by Immigration and Customs Enforcement in 2017, but a federal judge ordered their release.

“All three defendants were previously confirmed as MS-13 gang members by the Suffolk County Police Department,” the District Attorney’s Office said. “Thereafter, Arevalo Lopez was detained by the U.S. Department of Homeland Security’s Immigration and Customs Enforcement on Oct. 24, 2017, and was ordered released from custody by a federal District Court judge on June 12, 2018. Canales Molina was detained by ICE on July 24, 2017, and was released from custody by a federal judge on Nov. 28, 2017.”

Despite the threats posed by illegal aliens, Democrats insist President Trump’s plan to build a wall on the southern border is not needed or necessary.