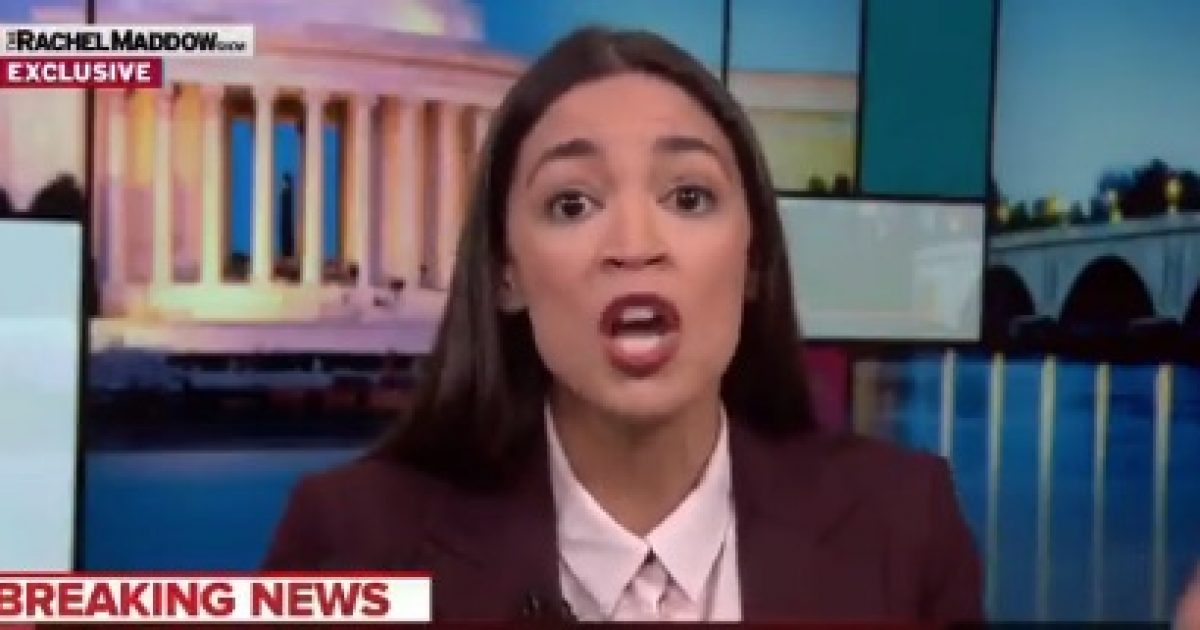 New York Democrat Representative Alexandria Ocasio-Cortez blasted President Trump’s speech to the nation on the crisis at the southern border.

Ocasio-Cortez made an appearance on MSNBC’s “The Rachel Maddow Show” and said President Trump was responsible for human rights violations regarding his efforts to address illegal immigration.

“He’s fighting against almost every way that people can actually legally enter this country, forcing them to become undocumented and then he’s trying to attack their undocumented status,” she said during an appearance on MSNBC’s “Maddow.”

In her remarks to Maddow, Ocasio-Cortez also decried some of Trump’s actions as violations of human rights, citing the so-called “zero tolerance” family separation policy and deaths of migrants in the custody of U.S. Immigration and Customs Enforcement.

“He talked about what happened the day after Christmas? The day of Christmas, a child died in ICE custody,” Ocasio-Cortez said.

It’s true a young immigrant child died but the child was under the custody of border control officials not ICE. The child died after being released from a hospital – a fact Ocasio-Cortez failed to communicate.

Criticizing ICE, including ending the organization, is a theme of the progressive left politicians.

“You know, it’s I mean every time she opens her mouth she is wrong,” he said. “Supposedly she went to college in Boston. She must be an embarrassment to that institution.”

He clarified AOC’s comment saying “no child tied in ice custody it was border patrol. They did everything they could do to save that child’s life. You want to blame somebody tore death and custody. Blame the Democrats that caused these loopholes.”

WATCH: Alexandria Ocasio-Cortez delivers impassioned response to President Trump’s address: “The president should be really defending why we are funding [ICE] at all … right now, what we are seeing, is death.” pic.twitter.com/4Al4GLWUvB

Ocasio-Cortez is the perfect guest for MSNBC – high on rhetoric and low on facts.