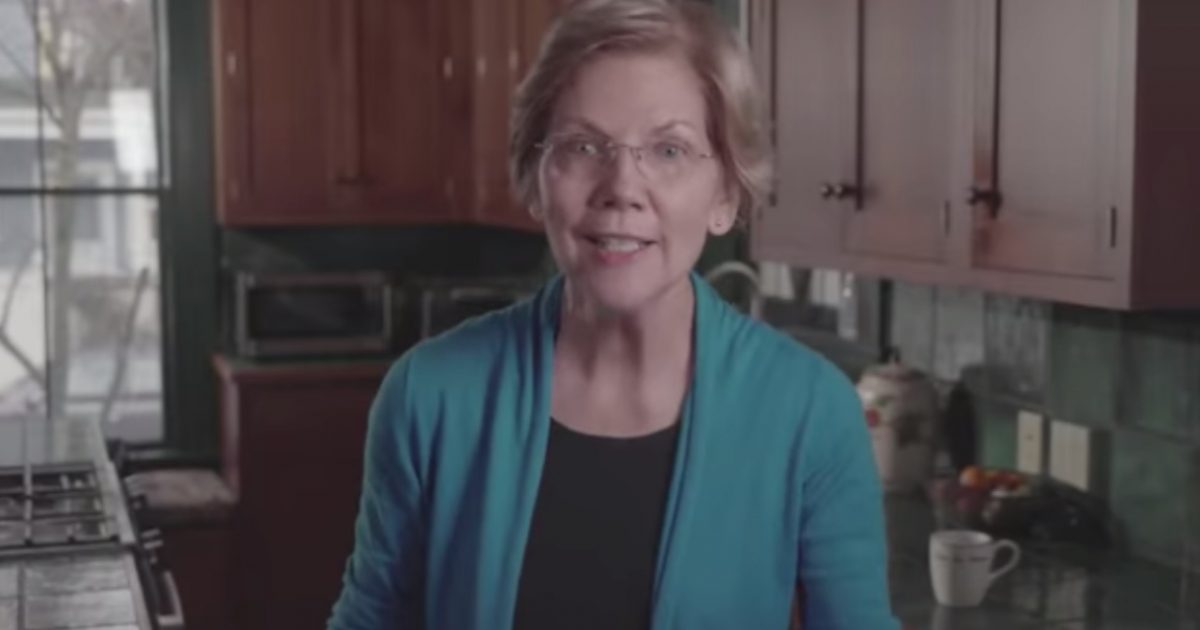 In an email to her backers, Senator Elizabeth Warren (D-MA) announced she was taking the first step in running in the 2020 presidential race.

Senator Elizabeth Warren, the Massachusetts Democrat and a sharp critic of big banks and unregulated capitalism, entered the 2020 race for president on Monday, becoming the first major candidate in what is likely to be a long and crowded primary marked by ideological and generational divisions in a Democratic Party desperate to beat President Trump.

In an 8:30 a.m. email to supporters on New Year’s Eve — 13 months before the first votes will be cast in the Iowa caucuses — Ms. Warren said she was forming an exploratory committee, which allows her to raise money and fill staff positions before a formal kickoff of her presidential bid. Ms. Warren also released a video that leaned on the anti-Wall Street themes, a campaign message that drew strong praise Monday morning from liberal groups.

“Today, corruption is poisoning our democracy,” Warren says in the video. “Politicians look the other way while insurance companies deny patients life-saving coverage, while big banks rip off consumers.”

“The whole scam is propped up by an echo chamber of fear and hatred,” she continues, as a clip of Fox News star Sean Hannity flashes. “Designed to distract and divide us with people who will do or say anything to hang on to power, point the finger at anyone who looks, thinks, prays, loves differently than they do.”

Every person in America should be able to work hard, play by the same set of rules, & take care of themselves & the people they love. That’s what I’m fighting for, & that’s why I’m launching an exploratory committee for president. I need you with me: https://t.co/BNl2I1m8OX pic.twitter.com/uXXtp94EvY