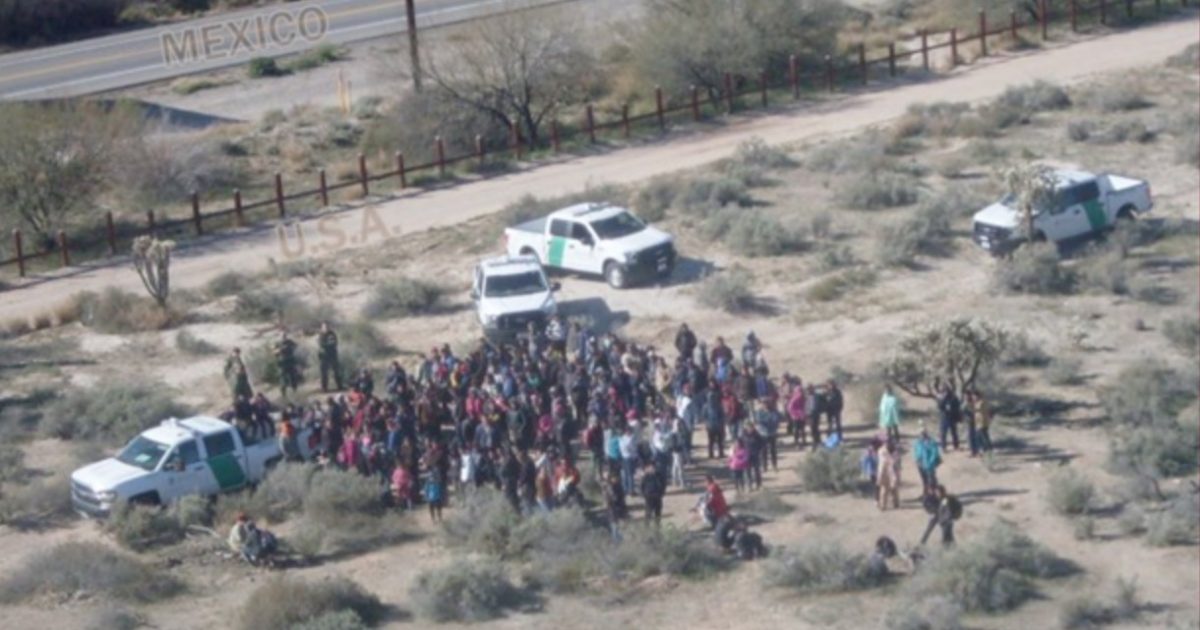 Border Patrol agents apprehended 325 illegal aliens in Lukeville, Arizona, after they crossed the southern border in an area with minimal barrier protection.

According to U.S. Customs and Border Protection, those apprehended were from Central America and included 150 juveniles many of which were unaccompanied by an adult.

The group was discovered by a U.S. Customs and Border Protection Air and Marine Operations helicopter, investigating a possible campfire spotted by a surveillance camera, said a CBP statement.

The large group entered the country illegally in an area where there is only a vehicle barrier designed to prevent crossings, the release said.

U.S. Customs and Border Protection informed the public about the illegal crossing in a Tweet:

A large group of 325 Central Americans were apprehended by @CBP #USBP agents near Lukeville Thursday, where limited infrastructure is currently located and smugglers continue to take advantage. Details: https://t.co/0SaXSyvXVD pic.twitter.com/iLJa0jnqST

A U.S. Customs and Border Protection Air and Marine Operations helicopter, investigating a possible campfire spotted by a surveillance camera, discovered the group amid freezing temperatures. The group illegally entered the country through an area where there is only a vehicle barrier designed to prevent crossings.

Group members indicated that buses and trucks dropped them off throughout the night on Mexico’s Federal Highway 2 that parallels the U.S. border less than 50 yards from this area. Once the entire group arrived, they crossed together at 8:00 a.m. to await authorities.

The group consisted of individuals and family units from Central America and included nearly 150 juveniles, 32 of whom were unaccompanied.

Two of the children in custody needed medical help and were taken to a hospital.

The U.S. Customs and Border Protection also noted the remote area of Arizona is unsecured and over 650 individuals illegally entered and were apprehended in this area.

The fact that migrants are targeting areas with a minimal barrier demonstrates the need for a wall to help secure the border.

As the photos above reveal, the existing barrier is a joke and Democrat opposition to a border wall is putting Americans at risk.