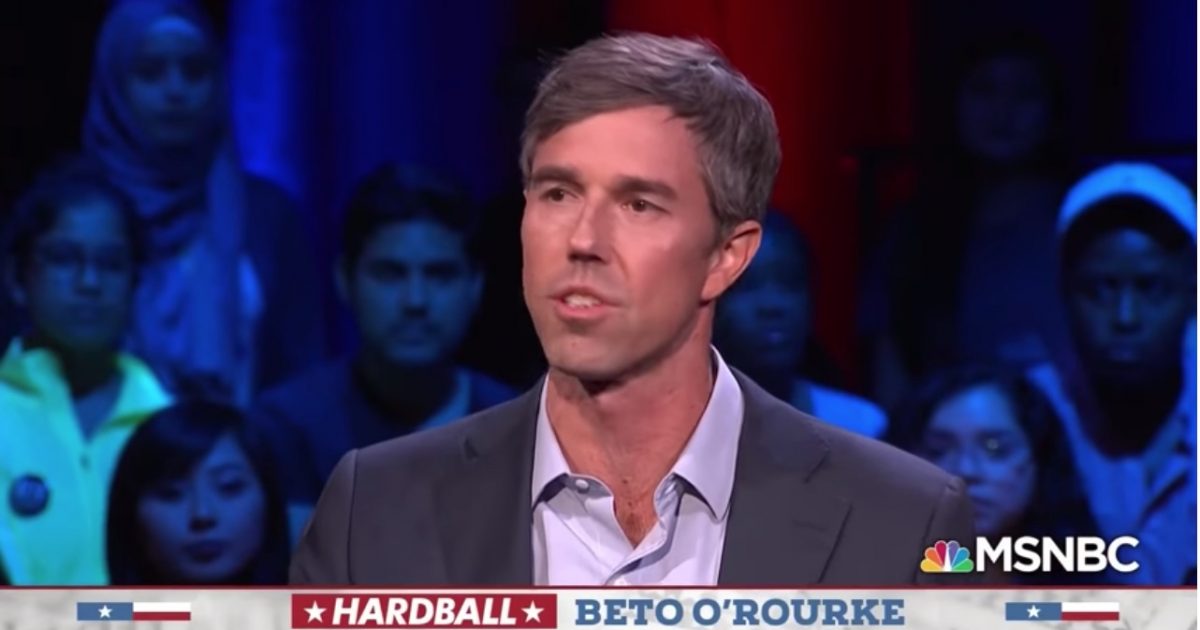 Democrat Beto O’Rourke plans to lead a counter-rally in El Paso at the same time President Trump is set to hold a border security rally in the same city.

Before O’Rourke lost the Texas Senate race to Republican Senator Ted Cruz, he was the Representative in Congress for the 16th district that included El Paso.

O’Rourke will join rally-goers in El Paso to “show the country the reality of the border,” according to a statement released by his office Friday.

“While some try to stoke fear and paranoia, to spread lies and a false narrative about the U.S.-Mexico border and to demand a 2,000 mile wall along it at a time of record safety and security, El Paso will come together for a march and celebration that highlights the truth,” the statement continues.

O’Rourke, who is reportedly mulling a 2020 run for the White House, is a native of El Paso and outspoken Trump critic. He previously represented the district that encompasses the city.

In less than 48 hours, we'll gather together to celebrate El Paso and tell the truth about the border. Make a plan to join us Monday evening. See you soon. https://t.co/rPsTBr0BmQ

O’Rourke views enhanced border security as “militarizing the border” and as a cause of death for migrants that choose isolated areas to enter the U.S. illegally.

El Paso Congressman Beto O’Rourke said Friday the death of migrants can be avoided if the US increased staffing at ports of entry and stopped militarizing the border.

“We can stop building walls and stop militarizing the border so that we stop people from trying to enter in isolated places like Antelope Wells,” said O’Rourke at the Paso Del Norte Port of Entry.

O’Rourke is trying to hijack President Trump’s rally to generate news about himself.

In fact, O’Rourke is the one who is spreading “lies” about President Trump’s border security wall.

The president is not asking for funds for a “2,000 mile wall,” and as illegal drugs pour into the U.S. from the southern border, O’Rourke claims it’s “a time of record safety and security.”

At a time when the border with Mexico has never been safer, and when we’ve never spent so much on border security, the surest way to improve safety and security is not to build a wall or spend billions more, but to ensure that we are maximizing the potential from everyone in this state, treating each other with respect and dignity.